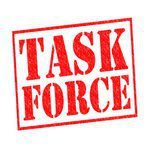 We have a come a long way with regard to insuring people with mental health disorders in the United States. In the last decade alone, with the passing of the Affordable Care Act (ACA) and the Mental Health Parity and Addiction Equity Act (MHPAEA), more Americans than ever are able to access lifesaving treatment. Insurance companies can no longer refuse to cover someone based on pre-existing conditions and they can’t look at the treatment of mental illness any different than the treatment of any other disorder.

While both the ACA and MHPAEA were considered to be landmark legislation vital to the mission of ensuring parity for all, the work should not and can’t end there because there is much more that is needed. In March, the President unveiled plans to improve access to substance use disorder treatment and ensure greater parity. President Obama issued a memorandum for the heads of executive departments and agencies, establishing the Mental Health and Substance Use Disorder Parity Task Force.

President Obama instructed Federal Departments and Agencies to “work together to ensure that Americans are benefiting from the mental health and substance use disorder parity protections under the law.” The task force released its final report which included a number of vital steps to be taken for ensuring oversight and parity protections, according to a White House press release. The task force aims to make sure that consumers and providers are familiar with how parity works.

The final report is the result of a series of listening sessions involving:

Naturally, the report is dense, including a multitude of actions to be taken. It is important to note that some of the actions are the result of more than 1,100 public comments, some of which were from people with mental health and substance use disorders.

Below are a few of the actions recommended by the task force:

For sure the task force was the start of the conversation and now it will continue by taking these first steps.