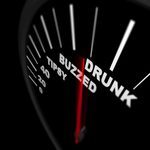 People consume alcohol for a number of reasons, some of which are not good. When asked why someone drinks, one of the more common responses is that they drink to be more convivial. After a long day or long week, drinking is a typical pastime engaged in around the world. While alcohol in small amounts, used infrequently, is relatively harmless, when a person drinks more than they should, several days a week, use of the substance can get out of hand.

There is not a day that goes by when someone doesn’t lose their life from alcohol related injury. Whether the cause be due to long term alcohol use and the insidious effects it has on one’s body, or from making the choice to get behind the wheel or having a collision with someone who opted to drive drunk.

Being under the influence of alcohol can be a tricky matter, especially when you consider that people who are drunk often believe that they are not. The byproduct of such an illusion can be thinking you can drink more when you shouldn’t, or thinking you can drive when you are unable. People who are out partying do not have access to breathalyzers, and even if a person has been tracking how many drinks they have consumed over a given period of time—it is next to impossible to determine one’s own blood alcohol content (BAC).

Having a way to assess one’s true level of drunkenness at a given time, or a way to see how often and how much an individual is consuming over long periods of time, could save lives. Which is why a team of scientists has been working to add to the list of services a smartphone can provide.

The National Institute of Biomedical Imaging and Bioengineering (NIBIB) funded a group of engineers to develop a small device that can be worn on the skin, which sends one’s BAC to a drinker’s smartphone. Co-senior author Patrick Mercier, Ph.D. at UCSD’s Jacobs School of Engineering explains:

“Measuring alcohol in sweat has been attempted before, but those technologies took 2-3 hours to measure alcohol levels. Our patch sends alcohol levels to your smartphone in just 8 minutes, making real-time alcohol monitoring possible, practical, and personal.”

The science was published in the journal ACS Sensors. The NIBIB believes that the Wearable Tattoo-Based Iontophoretic-Biosensing System will reduce:

This kind of technology could be a tool used by substance use disorder treatment centers in the future. Addiction professionals would be able to tell when a client has relapsed within minutes of the occurrence, giving them the ability to intervene before the situation gets any worse.