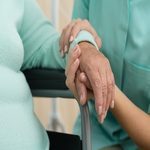 If you are the parent of a teenage son or daughter, there is a chance that you may be OK with him or her having a drink of alcohol from time to time. You may set down guidelines, such as only drinking at home, or only drinking in situations that there will not be any need for driving. While endorsing the occasional drink of a minor may seem relatively benign, as being more of a rite of passage, it is important to consider the long term effects of early initiation to alcohol use.

Teenage drunk driving is a major concern, as it leads to thousands of young deaths every year. When citing concerns with teenage drinking, it is often said that adolescents are frequently unable to make decisions that are in their best interest, by way of drinking in unhealthy ways or getting behind the wheel intoxicated.

Teenagers often engage in the practice of “binge drinking,” which is essentially a person drinking as much as they can—as fast as they can. The behavior can lead to all sorts of problems, such as alcohol poisoning or making decisions that could be fatal. Adolescent alcohol use prevention efforts usually focus on the short-term consequences of alcohol use, but there should be an equal focus on the long-term effects of alcohol use—especially heavy consumption.

Adolescents and young adults who develop an unhealthy relationship with alcohol, set themselves up for serious problems, none the least being alcohol use disorder (AUD). Drinking often and in large amounts can, and does, lead to alcoholism; it is important to remember that the disease of addiction is not age specific—teens and young adults are eligible, too. People with AUD will typically consume alcohol in unhealthy ways for years, before they decide they have a problem that needs to be addressed.

How long it takes someone to find the rooms of recovery is case specific, but one thing is for certain, the longer the problem continues, the greater the risk of serious health problems down the road. Even if you stop drinking, research shows that there are still health risks to consider in later life. A new study has found that young adults who have unhealthy drinking patterns are more likely to have health problems in the later years, even if they have abstained from drinking for decades, HealthDay reports. The findings were published in the Journal of Studies on Alcohol & Drugs.

“There’s still an awful lot we don’t know about the long-term effects of substance abuse in adolescents, and what we do know would suggest that prevention efforts are important,” said Sean Clarkin, director of research and external relations with the Partnership for Drug-Free Kids. “Parents sometimes think it’s a rite of passage and a part of growing up, but persistent drinking in adolescence may have long-term effects.”