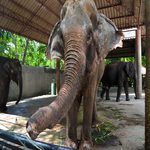 We have been writing a lot about the dangers of synthetic opioid analgesics in recent years—and for good reason. The presence of fentanyl in heroin, an opioid painkiller that is 100 times more potent than morphine and 50 times stronger than diacetylmorphine
(medical-grade heroin), has led to scores of overdose deaths across the country. While the drug is particularly dangerous when used on its own, when it is mixed with heroin users are often unaware of the presence of fentanyl. A deadly ignorance.

If you have been following the news, then you are probably aware that the government is working tirelessly to curb the flow of fentanyl into the country. The chemicals used to make fentanyl and various analogs are being made in China and then shipped to places like Mexico to be made into the drug. The Mexican cartels will either mix the fentanyl into batches of heroin to boost potency or stamp fentanyl into pills with labels resembling the popular painkiller OxyContin.

Unfortunately, if fentanyl being 100 times stronger than morphine weren’t deadly enough, the drug has a cousin known as carfentanil—which is even more deadly. Doctors use fentanyl when operating on patients, zoologists use carfentanil to sedate large animals (i.e. elephants). Carfentanil is 100 times more potent than fentanyl, and should not be used by humans under any circumstance. Yet, the drug can be acquired easily, and often times legally from China, and is being injected by addicts in America. Carfentanil is also being mixed with heroin, and like fentanyl before it, has led to deadly outcomes.

Perhaps even more concerning is the fact that the drug can be used as a weapon, given that a granule of carfentanil can kill a human just through skin contact, The Cleveland Scene reports. Russian special forces used carfentanil gas in a counterattack where around 40 Chechen terrorists had taken 850 hostages. The gas killed every terrorist and 133 hostages. It is almost unconscionable to think that people would even consider using such a powerful substance.

“There’s no human use for carfentanil,” Keith Martin, head of the Cleveland, Ohio office of the Drug Enforcement Administration (DEA), “None.”

“And even when they use carfentanil for [sedating large animals], it’s used in small doses,” Martin added. “And it’s not always guaranteed that they’ll be able to bring that animal back to life. For someone to be putting into their body or their system carfentanil, knowing that it can possibly kill a large animal — I mean, it’s almost like playing Russian roulette.”

Thus far, carfentanil has led to a number of deaths in: