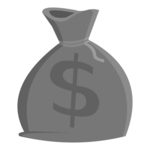 The new year is knocking on the door and it is time to see if opioid addiction legislation has the desired effect in 2017. You are probably aware of the Comprehensive Addiction and Recovery Act (CARA), a dense piece of legislation that was written to address the most serious drug epidemic in our history. It stands to reason that you are also apprised of the fact that combating the opioid epidemic has proved challenging, for several reasons.

First, and perhaps the most important impediment to mitigating the devastating costs of the epidemic, is the reality that we live in world that is reliant on opioid painkillers for managing pain. Second, making it more difficult to acquire prescription opioids and failing to address a patient’s reliance on said opioids, only has one logical outcome—finding your narcotics on the street often in the form of heroin. While treatment is widely considered to be the best method for lowering active opioid addiction rates, accessing effective addiction treatment services has been trying for many Americans. Which brings us to the third challenge, there are not enough treatment centers for the millions of Americans battling opioid addiction.

Since the adoption of CARA, there have been a number of concerns raised over a lack of funding to pay for everything the bill proposes to accomplish. CARA only authorizes for $181 million each year, which many critics argue is not even close to enough. Which is why the American Academy of Family Physicians (AAFP), one of the largest medical organizations in the United States, wrote a letter to all members of the U.S. House and Senate, urging them to fully fund CARA, according to an organization press release.

“As legislators, you have heard the personal experiences of your constituents whose lives have been affected by opioid abuse,” the organizations said in its letter. “As providers, we strongly urge Congress to ensure that existing and newly created programs have the necessary resources to meet the needs of patients and families struggling with opioid abuse disorders.”

“We therefore urge you to provide the maximum possible allocation to fund not only the grant programs designated under the bipartisan Comprehensive Addiction and Recovery Act passed earlier this year, but to also substantially increase funding for much-needed prevention and treatment efforts for opioid misuse and abuse disorders.”