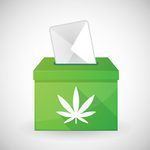 There is a serious lack of understanding when comes to marijuana. Decades of prohibition in the United States made it very difficult to conduct research on the drug, a substance that some believe is relatively harmless and should be legal for adult use, while others believe it should be illegal. Then there is a group that believes that cannabis has medicinal properties that should be harnessed for the treatment of several disorders. Unfortunately, at the end of the day, all three groups may be, and probably are right.

Marijuana, like most mind altering substances that are used in moderation may not impact one’s life negatively. Yet, heavy cannabis use can lead to dependence and has been shown to negatively affect people cognitively, especially young people. On the other hand, the drug has shown a lot of promise in managing patient pain, stimulating the appetites of cancer patients undergoing chemo and could lead to groundbreaking seizure medications.

With three sets of conflicting views about the drug, all of which being valid (at least partially), it can be difficult to form an opinion about how the drug should be classified. It is a question that some voters are going to be asked to answer just one week from today. It is fair to say that November 8, 2016, could be a pivotal moment affecting the future of marijuana in America.

There are currently 25 states with medical marijuana programs, with more expected to hop on board next week. Four states have already legalized marijuana for adult recreational use, despite the fact that the drug is illegal on the Federal level. Five more states will consider legalizing the recreational use of pot next Tuesday, including:

As was mentioned earlier, prohibition significantly hindered the ability of scientists to research both the drugs negative and medicinal qualities, which makes it hard for some voters because we don’t have all the facts. In recent years, there has been a number of studies conducted due to the lightening of restrictions, which has led to some breakthroughs. Such research could make voters more informed when they visit the polls next week.

Towards the end of last month, an international team of researchers presented the first atomic-level image of the human ‘marijuana receptor,’ according to a press release from The Scripps Research Institute (TSRI). The findings could help us better understand why some molecules related to THC are sometimes harmful. On the other hand, the research could lead to the creation of new drugs for treating:

“As marijuana continues to become more common in society, it is critical that we understand how it works in the human body,” said Liu, professor and deputy director of the iHuman Institute of Shanghai Tech.

The new study, was published by the journal Cell.

How Is Outpatient Treatment Effective?

Can You Have Two Process Addictions at Once? Yes, and Here’s Why