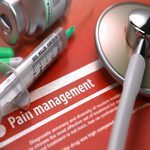 Pain, and the treatment of it, are one of the biggest concerns that Americans have today. Millions of Americans battle with persistent pain every day, and the only effective methods of treatment that are currently available have the potential for abuse, addiction and loss of life. We are all too familiar with the never ending stream of reports about opioid abuse and overdose deaths in this country. Drugs like Percocet and oxycodone do a great job at mitigating chronic pain, but when taken over an extended period of time—dependence is inevitable.

In the United States, certain adults have access to a safer form of pain management, medical marijuana. While there is little debate over whether or not marijuana is the lesser of two evils when compared to prescription opioids, cannabis can also have negative short and long term side effects as well.

It would seem that if someone wants to alleviate their pain effectively, they have to be prepared to make some kind of a tradeoff. With over 76 million Americans, according to the National Institutes of Health(NIH), being affected by chronic pain, the need for painkillers which are not habit forming or carry the risk of overdose is paramount. Researchers around the globe continue to search for such a miracle drug.

A team of researchers at Indiana University in Bloomington have found a compound that is equally as effective as marijuana at treating pain, but did not produce the same side effects, according to an Indiana University press release. The study’s authors believe that this research could lead to the development of a drug that is as effective as opioids, without the potential for addiction.

“The most exciting aspect of this research is the potential to produce the same therapeutic benefits as opioid-based pain relievers without side effects like addiction risk or increased tolerance over time,” said Andrea Hohmann, a Linda and Jack Gill Chair of Neuroscience and professor in the IU Bloomington College of Arts and Sciences’ Department of Psychological and Brain Sciences.

The researchers synthesized a compound that modulates the activity of the brain’s receptors, called positive allosteric modulators (PAMs), the article reports. The PAMs bind to a site on a cannabinoid receptor in the brain called CB1. Mice were given a chemotherapy drug called paclitaxel, which can damage nerves and cause pain. The paclitaxel caused the mice to exhibit signs of heightened pain. The researchers treated the mice with CB1 PAM, which resulted in the mice exhibiting normal behavior again, free from pain.

“We found that the compound did not produce reward on its own, so it’s unlikely that a CB1 PAM would be abused as a recreational drug,” Hohmann added. “Our studies show that we can maintain or preserve therapeutic efficacy in ways that we haven’t seen with some of the other classes of analgesics that are used in the clinic.”

At Cottonwood Tucson, we treat many patients whose introduction to addiction was prescription opioid pain management. We hope that there will come a day when pain can be treated without the risk of addiction, and we will see the end of the American opioid epidemic. If you, or a loved one, are struggling with an opioid use disorder please contact us to begin the journey of recovery.