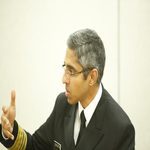 It has been just over 50 years since the United States Surgeon General issued a report, highlighting the dangers of tobacco use. Back in 1964, the little research available indicated a direct link between cigarettes and cancer. The 1960’s was a time of change in America on several different levels, from “civil rights” to an escalating cold war. However, it was also a time of changing sentiments regarding drugs and alcohol, considering the rampant drug experimentation among both young adults and high school students.

In the ‘60’s, it was well understood among most doctors and medical professionals that smoking was deadly, yet Americans continued to smoke at super high rates because “big tobacco” spent hundreds of millions of dollars to convince the public that tobacco was perfectly safe. The unprecedented, 1964 Surgeon General’s report was arguably the beginning of the end for big tobacco’s ability to pull the wool down over the eyes of Americans. The paradigm shift in thinking regarding cigarettes among Americans adults can clearly be seen, in 1965 nearly half of adults smoked (47 percent), per the Centers for Disease Control and Prevention (CDC). When you compare that number to 16.8 percent in 2014.

We are not out of the woods yet regarding the use of nicotine products, especially with the rise of electronic cigarettes. Yet, we should all marvel at what the Surgeon General’s report led to IN the long run. Today, cigarettes and their close relatives (i.e. chewing tobacco) still cut the lives short of millions of Americans. Unfortunately, it is not talked about as much as it once was, being cast into the shadows of drug addiction—such as prescription opioids and heroin. Opioid addiction and complications painkiller use, leads to around hundred overdose deaths every day in the U.S.

Taking a page out of the smoking prevention book, U.S. Surgeon General Dr. Vivek Murthy issued the first-ever Surgeon General’s report on addiction, according to Reuters. The report is one aspect of the Federal Government’s inter-agency effort to prevent, intervene and provide treatment for the millions of Americans battling with addiction.

“The most important thing is, we have to change attitudes towards addiction and get people into treatment,” Murthy said in an interview. “Addiction is a disease of the brain,” he added, “not a character flaw.”

We invite you to watch a national summit with the Surgeon General live, regarding the report:

Previous PostPain Management Without AddictionNext PostWhen Your Partner Has an Addiction