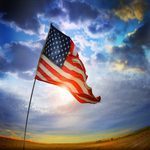 Today is Veterans Day, a time for every American to acknowledge the brave men and women who have served in the armed forces. Across the country, people are gathering for parades and events to honor those who have made the greatest sacrifice for this country. However, Veterans Day is about more than parades, it is also about the continued fight to ensure that our Veterans receive the benefits that they have earned, such as adequate health care—especially mental health care.

It is well known that many service men and women come back from foreign wars changed. The stress experienced and the horrors witnessed can impact someone for the rest of their lives, making it hard for many people to cope with emotions and be a functioning member of society. Like any other mental illness, without treatment people with post-traumatic stress disorder (PTSD) will often resort to unhealthy methods of coping with their anguish. And, in many cases Veterans struggling with the symptoms of PTSD will turn to drugs and alcohol to get by, which in turn can lead to the development of a substance use disorder.

Experts in the field of addiction medicine, know all too well that using mind altering substances to self-medicate mental illness is analogous to a snake eating its tail. The very drugs that are used to mitigate one’s symptoms, actually end up doing the opposite, serving to only exacerbate the problem. The behavior typically leads to addiction, and when that happens it is referred to as having a co-occurring disorder (otherwise known as having a dual diagnosis).

Over the decades, and even centuries, American soldiers have come back from fighting being different than they were before. PTSD has been called many different names, such as melancholy or shell shock. No matter the name, or the conflict, it is all PTSD. In recent years, Americans have been coming home from Iraq and Afghanistan. While such conflicts could hardly compare to the World Wars of our past, the outcomes of many soldiers who come home is the same.

The U.S. Department of Health and Human Services reports that of the military personnel returning from Iraq and Afghanistan:

If you are Veteran who has been struggling with PTSD and/or subsequent substance use disorder, please contact Cottonwood Tucson. Our qualified staff is equipped to treat the whole patient, addressing both addiction and co-occurring mental health disorder.