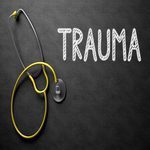 In the field of addiction medicine there is a clear link between trauma and substance use. People who experience traumatic events are far more likely to turn to drugs and alcohol to cope with their feelings. A traumatic event can take shape in a number of different ways, such as experiencing the loss of a loved one prematurely, sexual assault or witnessing a tragic event. While many who are exposed to uncomfortable stimuli can dust themselves off and just move forward, the same cannot be said for others who essentially relive the trauma over and over commonly referred to as post-traumatic stress disorder (PTSD).

When you read the bold letters, PTSD, you are likely to have images of war come to mind. The soldier who can’t stop trembling, or falls to the floor in response to a loud noise. However, PTSD is not a condition exclusive to service men and women. Those who are subject to any form of abuse, whether that be physical or visual, are eligible for developing symptoms of post-traumatic stress. Without treatment, the afflicted will struggle to function on a day to day basis; holding down a job or being a present and involved member of the family can prove to be a serious challenge.

An American family who has known no end to tragedy is the Kennedys. The list of horrific events that has befallen the United States first celebrity family is long, culminating with the assassinations of President John F. Kennedy and his younger brother Attorney General Robert F. Kennedy. Those two events affected everyone in the United States, people across the globe and most importantly the family left behind to pick up the pieces in the wake of tragedy.

One family member who struggled immensely with such loss is Christopher Kennedy Lawford, 61, who began a 17-year battle with addiction at the age of 13 to cope with the pain of the loss of his uncle Robert Kennedy, Lawford told the Palm Beach Daily News in an interview. As the entire nation grieved the loss of one Kennedy after another, no one really stopped to ask themselves, “are the kids alright?” Naturally, many of them were not!

“I grew up with PTSD [post traumatic stress disorder] in my family,” Lawford said. “No one ever acknowledged it. Nobody ever said ‘Get these kids some help. Two family members got their heads blown off and they have to live with that every day of their lives.'”

Lawford was not the only Kennedy who found themselves in the grips of addiction, his cousin David Kennedy died of a drug overdose in 1984, according to the interview. His other cousin Patrick Kennedy, the son of the late Ted Kennedy, struggled with addiction for many years. Both Patrick Kennedy and Lawford managed to eventually find recovery and dedicated their efforts to opening up the conversation about mental illness and addiction. Patrick Kennedy played a huge role in the passing of the Mental Health Parity and Addiction Equity Act (MHPAEA), and Christopher Kennedy Lawford has published several books about addiction and recovery, which we have written about in the past.

Lawford’s latest book, co-authored with psychotherapist Beverly Engel is titled: When Your Partner Has an Addiction. Lawford points out that not everyone should stay with their addicted partner, “If it’s dangerous or you’re being abused, you shouldn’t be there.” On the other hand, not every relationship that involves a partner struggling with addiction is doomed.

When Your Partner Has an Addiction is essentially a how-to manual for people who want to stay with a partner who is active in their addiction. Engel says that their book is different than other books on the subject because “the focus on compassion, both having compassion for the person with the addiction and compassion for the partner, who is suffering also.”

Cottonwood Tucson offers a Family Program designed to address all family relationships. The goal of Family Program is to help families relearn behavioral
interaction so that healthy behaviors become logical. Interpersonal
change that can be sustained after treatment requires a movement from
following direction (first order change) to internalizing new ways of
interacting (second order change).  Families shift from obsessive
worry and controlling behaviors to acknowledging that which is outside
of their control and learn to focus on their own personal needs and
boundaries.  They learn to detach from the pain, and not from the
person.