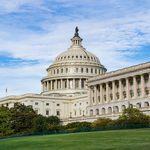 If there is a perfect solution to be found regarding ending the American opioid epidemic, it has yet to show itself. The American public has been made fully aware of the situation, with hundreds of people dying every week; they also know that we cannot arrest our way out of the problem, as lawmakers have attempted to accomplish in similar situations of the past. It is understanding this, that should lead to the eventual end of stigma and discrimination that has long been associated with any form of mental illness, and especially addiction which many believe is the result of a lack of moral fiber or a weak constitution.

Lawmakers have hopped on the band wagon as well, with many politicians who historically would never have lifted a finger to help someone with a substance use disorder, now working on bipartisan bills to address the deadly epidemic. However, while legislation like the Comprehensive Addiction and Recovery Act (CARA) was designed to address the many aspects of the epidemic, there are serious concerns that have been raised by critics of the bill regarding a shortage of funding to pay for the various programs called for by the legislation.

As we mentioned earlier this week, the American Academy of Family Physicians (AAFP), called upon all members of the U.S. House and Senate to fully fund CARA. This funding is desperately needed to ensure that everyone with an opioid use disorder can access and receive treatment in a timely manner. We will just have to wait to see if our elected officials will heed the call.

Interestingly, and albeit somewhat surprisingly, while the American electorate was focused on a vicious Presidential election, another piece of dense legislation was in the works in the House, a bill that, among other things, seeks to tackle the opioid epidemic. The 21st Century Cures Act was approved in Congress, a bipartisan bill, which seeks to divert almost $4.8 billion to the National Institutes of Health for research, and provide $1 billion in new funding for opioid addiction prevention and treatment, USA Today reports. Despite a number of objections being raised on both sides of the aisle, the bill was approved 392-to-26.

Unlike CARA which is focused specifically on addiction, the 996-page Cures Act covers several areas of medicine, such as allowing the Food and Drug Administration (FDA) to speed up the approval time for new drugs and medical equipment, according to the article. Additionally, the Cures Act seeks to:

At first glance, the new legislation, if approved in the Senate as many expect it to be, should bring about a lot of change, the good kind of change. Unfortunately, a number of politicians on the right believe that the Cures Act is “a legislative goodie bag loaded with special-interest surprises,” the article reports. Where critics on the left argue:

“When American voters say Congress is owned by big companies, this bill is exactly what they are talking about,” said Sen. Elizabeth Warren, D-Mass., in a speech on the Senate floor earlier this week.

But, at the end of the day, we will just have to wait and see how the Cures Act will play out. There is no question that every dollar directed towards ending the opioid epidemic is a dollar well spent. However, everything else that is packed into the bill in the fine print could mean that addressing the opioid crisis may come at a great cost.