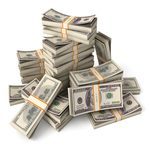 The U.S. Surgeon General recently released a report which painted a grim picture of the seriousness of addiction in America. While many of the report’s figures may not come as much of a surprise, considering the fact that we continue to grapple with an opioid epidemic, when you step back  in order to grasp the scope of addiction in this country—what one sees is nothing short of troubling. A staggering 27 million Americans self-reported the misuse of illegal drugs or opioid-based prescription drugs, while another 66 million reported binge-drinking in the past month last year.

Undoubtedly, saying that preservation of life should be a top priority of lawmakers on both sides, there are societal concerns to consider as well—such as the annual cost of addiction. Or, to word it in a different way, the yearly cost of failing to treat addiction. The Surgeon General’s report found that the yearly price tag attached to addiction is a whopping $442 billion. The hefty cost of misusing alcohol, illicit drugs and prescription drugs. Communities across the nation face the burden of:

Both experts and lawmakers agree that the best solution to addiction in America is providing greater access to substance use disorder treatment, as well as related mental health services. However, the 2015 National Survey on Drug Use and Health showed that just roughly 10 percent of people living with addiction receive any form of treatment. The problem is complicated further by the fact that 40 percent of people with a substance use disorder have a co-occurring mental health condition, such as depression or bipolar disorder. The report indicates that less than half of those individuals receive treatment for either condition.

It is vital that a greater emphasis is placed on the treatment of co-occurring disorders. People facing the challenge of addiction and depression concurrently require that both disorders be treated at the same time. A failure to treat one, without the other, can be and often is disastrous—resulting in relapse or worse. Fortunately, the 21st Century Cures Act and the Comprehensive Addiction and Recovery Act (CARA) should result in more Americans accessing and receiving treatment. The authors of the Surgeon General’s report write:

“Many factors contribute to this “treatment gap,” including the inability to access or afford care, fear of shame and discrimination, and lack of screening for substance misuse and substance use disorders in general health care settings.”