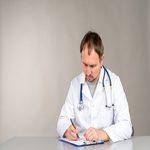 Mental illness impacts millions of Americans’ lives, especially those who do not receive any form of treatment. While efforts to improve access to mental health services throughout the country have been strong in recent years, the clear majority of affected Americans do not find the help they need. Experts overwhelmingly agree that those whose mental illnesses are left untreated are far more likely to turn to drugs and alcohol to cope with their symptoms—left with few options many will make attempts at suicide. And some will succeed.

However, people with mental health disorders who receive treatment are not necessarily out of the woods. A large portion of psychiatric medications can be both habit forming and lead to addiction. Whenever doctors prescribe psychiatric narcotics, such as benzodiazepines, it is vital that such doctors refer their patients to some form of therapy. Medication, without treatment, can lead to an irreversible tragedy.

The United States is a diverse country, a nation that has long prided itself on being a place for all races and religions. While that is the truth, it turns out that minorities receive help from mental health services far less than whites Americans, NBC News reports. A new report shows that 16.7 percent of the 242 million U.S. adults in 2013, filled one or more psychiatric drug prescription and white adults take psychiatric drugs twice as often as African-Americans or other minorities. The findings were published in the Journal of the American Medical Association’s JAMA Internal Medicine.

Of those taking psychiatric medications:

The report was more concerned with the statistics, than the reasons people were prescribed the drugs, according to the article. But, considering a recent study indicating a rise in overdose deaths linked to benzodiazepines, such as Xanax or Valium, researcher Thomas Moore of the Institute for Safe Medication Practices in Alexandria, Virginia, is concerned about the number of people taking those types of drugs.

In 2013, the year the new report looked at, almost one-third of the 23,000 prescription drug overdose deaths involved benzodiazepines, according to the article. Additionally, earlier this year researchers found that anxiety drug overdoses have quadrupled in the U.S.

If your use of anxiety medications has led to addiction, please contact Cottonwood Tucson. Our experienced staff specializes in co-occurring mental health disorders, we can help you break the cycle of addiction and show you alternative methods of managing anxiety.