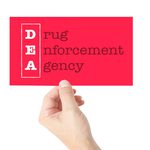 The stakes are incredibly high for people using heroin today, much more so than for people who used heroin over a decade ago. There was a time when heroin addicts would wonder if a bag was either weak or strong; however, today’s heroin addicts find themselves wondering if their heroin is weak, strong or fatal in light the powerful opioid analogs that are being mixed into the run of the mill heroin. There are several analogs of the drug fentanyl that are being mixed into heroin to increase potency, naturally a bag of heroin lacks any kind of disclaimer warning of the presence of fentanyl.

In 1960, chemist Paul A. Janssen was the first to synthesize fentanyl, an analgesic that is 100 times more potent than morphine. Since that time, there have been a number of analogs of the drug created, such furanyl fentanyl, Carfentanil and U-47,700 (otherwise known on the street as Pink). Many of the available analogs were never intended for human use. Carfentanil is used for sedating large animals, like elephants; Pink on the other hand was developed for research purposes. Yet, chemists are making these deadly compounds in clandestine labs with relative ease, and the products are being mixed into batches of heroin.

Preventing the manufacture of synthetic opioids related to fentanyl hasn’t proven to be an easy task. The drugs in question are so powerful, it would seem that nobody considered anyone being reckless enough to consider such use. Which might be why fentanyl analogs were not banned by the U.S. Drug enforcement Administration (DEA). Unfortunately, not only are people buying these drugs, in some cases legally online, more and more overdoses are being linked to synthetic painkillers. The DEA’s hand has been forced to act.

When it comes to furanyl fentanyl, the DEA has issued its final rule, hereby classifying the drug as a Schedule I narcotic, Forbes reports. It is now illegal to manufacture, sell or use furanyl fentanyl. Hopefully, the ruling will result in lives saved going forward.

Actions have also been taken recently to make it more difficult to acquire the chemical precursors for make fentanyl and its relative analogs. Just like the chemicals used to make synthetic cannabis or “bath salts,” what’s needed to make fentanyl can be acquired from manufacturers in China. China seems to be on board with tightening restrictions on people getting their hands on the chemicals needed.

If you are actively using heroin, please be aware that the introduction of fentanyl analogs into batches of heroin has dramatically increased the risks of using an already dangerous drug. There is no way of knowing what is in your heroin without certain tests that most addicts will not be able to access. We hope that you will consider seeking recovery, as abstinence is the only way to protect yourself from the deadly snares of heroin use. Please contact Cottonwood Tucson to begin the journey.