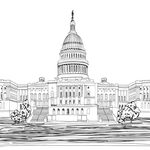 Last week, the U.S. Congress approved the 21st Century Cures Act, which, among other things, aims to tackle the American opioid epidemic. The bill calls for $1 billion in funding for expanding access to addiction treatment centers across the country and strengthening existing mental health parity laws. While there are several critics of the Cures Act on the “left,” the President supported the legislation against such objections.

After Congress passed the Cures Act, the next stop was the U.S. Senate. As was expected, the Senate passed the bill with overwhelming support—94 to 5, The New York Times reports. The 21st Cures Act is expected to help people with:

“I doubt that there is a family in America who will not be touched by this important legislation,” said Senator Susan Collins (R-Maine).

As we pointed out last week, the biggest critic of the bill was Senator Elizabeth Warren (D-Mass.), per the article. She believes that on the surface the bill appears to be a saving grace for millions of Americans with both physical and mental health issues. However, the bill’s fine print indicates that the measure was written to help the pharmaceutical industry the most.

“I will fight it,” she said of the bill last week on the Senate floor, “because I know the difference between compromise and extortion.”

It is worth noting that while pharmaceutical companies’ interests are served by the bill, the National Institutes of Health (NIH) stands to receive a dramatic increase in funding, the article reports. The funding will be used for NIH research, and gives health institutes the power to “finance high-risk, high-reward research.”

“I don’t think there is enough money that we can put into the N.I.H.,” said Representative Steve Cohen, Democrat of Tennessee, “because it is important and it affects all Americans independent of political party, race, sexual orientation — you name it.”

It is likely that we will never see a bill that makes everyone happy, but if strides are to be made addressing mental health issues in America—compromise is needed. The country has never faced a crisis that parallels the opioid epidemic, so there is likely going to be a learning curve. The 21st Century Cures Act, while iffy in some areas, could be the catalyst that leads to progress, in conjunction with the Comprehensive Addiction and Recovery Act (CARA).