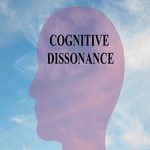 Human beings’ reliance on technology is a growing concern among many in the field of both psychology and addiction. You need only take a look around to see examples of technology grabbing hold of people, and in effect changing how we communicate with one another. There was a time when you could sit at the airport and start a conversation with your “neighbor.” Or commute home on the train, engaging with those seated around you. Sadly, it would seem those days are long gone.

There are, seemingly, an endless amount of ways to keep yourself occupied with a smartphone, tablet and/or laptop. With a few clicks we can transport ourselves somewhere else completely. We can essentially be somebody in the digital world that we are not in real life; and for many people that has an appeal that can become problematic. It is quite common for people’s use of the internet to negatively impact their life, taking away from work and personal relationships.

As was mentioned earlier, gadgets with internet capability are pervasive. You can’t walk down a sidewalk without seeing someone looking down at their smartphone. Due to the widespread usage of such technology, is has become easy for people to think that their internet usage is normal. An easy conclusion to arrive at, but in many cases, far from the truth. While internet addiction is perhaps not yet completely understood, there are numerous examples of its use having negative impacts, like that of gambling or sexual addiction.

It is so easy to convince yourself that your internet usage is normal. It begs the question, how does one determine that there is a problem? The answer may come by way of a theory in psychology known as cognitive dissonance.

the state of having inconsistent thoughts, beliefs, or attitudes, especially as relating to behavioral decisions and attitude change.

Researchers at Binghamton University, State University of New York may be able to help internet addicts determine that they have a problem, and potentially reduce their internet usage, according to a press release. Increasing cognitive dissonance in internet users, the discomfort felt by those whose actions conflict with their beliefs, can be an effective way of curbing potentially harmful internet use.

“Dissonance is what we need to work on and what we need to help increase for users to make sure that they will do some action to limit their control,” said Isaac Vaghefi, assistant professor of management information systems at Binghamton University. “We have users who say, ‘I know I’m using a lot, but everyone around me is using a lot.’ What we need to do is highlight the negative consequences for them. We can objectively use instruments that will show them the negative outcomes, so they will understand these consequences. Once people see those negative consequences, they will act on them and will be motivated to exert self-control.”