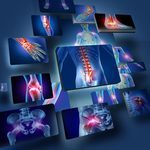 The majority of addiction recovery modalities utilized around that world advocate for complete abstinence. Simply put, no matter what substance you became addicted to, it is best that you refrain from the use of any mind-altering substance. Not only do people who meet the criteria for addiction have a propensity to become dependent on another substance, using any substance can be the first step back toward the use of one’s drug of choice.

Evidence of that reality can be found in both the rooms of Alcoholics Anonymous (AA) and Narcotics Anonymous (NA). Countless members of the former thought they could still use drugs because alcohol was their problem, and vice-a-versa for the members of the latter who thought they could still consume alcohol because drugs were their problem. In both scenarios, that mindset almost always leads back to one’s substance of choice.

It is so common for alcoholics to relapse on alcohol because they believed that there wasn’t any harm in smoking cannabis (despite the warnings from their peers). Sometimes learning can only result from experience. But with ever-changing opinions and classifications of marijuana from one state to the next, the question of using marijuana is arising often in the rooms of recovery. In some states cannabis is now an accepted form of pain management. People in recovery have pain just like everyone else, and likely meet the requirements for a medical marijuana patient card. However, unlike the general public, the risks are much higher for those in recovery considering the drug for pain management.

For people new to the program, who thought that they might have found a loophole in the “total abstinence thing,” preached about by people who have been in the program longer—please think again. Marijuana might be an effective form of pain management for some ailments, but for addicts and alcoholics, using marijuana (doctor recommended or not) can lead to a relapse. It might help to examine this theory, using a different kind of drug…opioids.

A heroin addict working a program of recovery sustains some form of injury. A doctor prescribes opioid painkillers, which even when taken as prescribed and monitored by a peer, can eventually result in a relapse on heroin. Addiction is addiction, is addiction. Sometimes taking opioids cannot be avoided, but most forms of pain are moderate and can be managed without narcotics. Sure, marijuana might help one’s pain, but how do you take marijuana as prescribed? There is currently no accepted or agreed upon standard to rely on.

If you are working a program and reside in one of the 28 states (or D.C.) that permits medical marijuana, please think long and hard before you decide to move in this direction. You know how hard it was to get where you are today. One must ask themselves, is my pain so severe that I will risk everything to manage it?