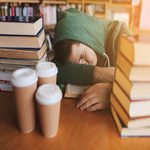 On college campuses across America, students frequently engage in non-prescribed stimulant use for a number of reasons. Young adults in college commonly take drugs, like Adderall and Ritalin, in order to get an edge for studying or test taking. Others will take the drugs on the weekend in order to gain energy for prolonged partying. While such drugs can work wonders for people diagnosed with attention-deficit/hyperactivity disorder (ADHD), there is a common perception that the drugs will benefit those without the disorder. Such beliefs lead to stimulant use and subsequent abuse.

To be clear, prescription stimulants are amphetamine based narcotics that increase one’s energy—and in small amounts—focus. Drugs like Adderall can be habit forming and lead to stimulant addiction. Taking nonprescribed stimulants can be a slippery slope for college students attempting to get an edge on their classmates.

Interestingly, nonmedical use of prescription stimulants does not lead to heightened academic performance resulting in elevated GPAs, according to researchers from the College Life Study at the University of Maryland School of Public Health. The findings are from an analysis of nonmedical use of prescription stimulants (NPS) among 898 students without ADHD in their second and third year of college.

The researchers broke the students up into four NPS pattern groups:

There was no significant change in GPA among the Persisters, Initiators, and Desisters. However, there were significant improvements in GPA among the Abstainers, the study reports. The findings beg the question. If non prescribed stimulant use does not result in GPA improvement, why do young adults still use them with that goal in mind?

The simple answer is that misconceptions about stimulants have perpetuated this potentially dangerous practice. The researchers suggest that college administrators and advisors work to intervene, challenging students’ beliefs about stimulant drugs. They should also point out to students the potential risks of stimulant use. The research team writes that NPS:

“…is also associated with other drug use and can act as a “red flag” for educators, health providers, and parents. Physicians who prescribe ADHD medications to college-attending patients can ensure that such patients understand that sharing or selling their medication is illegal, and likewise that it would be illegal for their friends to use ADHD medications that were not prescribed for them.”

If you or a loved one has been using stimulants without a prescription, there is a good chance that it has had a negative impact, such as dependence and/or addiction. Please contact Cottonwood Tucson to discuss treatment options.