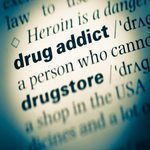 If you are the mother or father of someone living with the disease of addiction, you know first-hand how difficult it is to continue to stand by a child who is seemingly predisposed to acting against their best interest. On the one hand, they are your child. One of the few people in life who you will feel a drive to love unconditionally. A drive that becomes harder and harder to satisfy in light of the lying, cheating and stealing that—all too often—accompanies addiction.

It is a common story for the loved ones of alcoholics and addicts. You want, more than anything, for your child to live a healthy, productive life. And you know, or have at least heard, that recovery from addiction is possible. That being said, the time between the onset of a loved one’s addiction and their embracing of the principles of recovery, is often a long and arduous span of existence. Painful to everyone invested in the well-being of someone in the stranglehold of addiction. There are likely few pains that compare to the intensity of watching someone you care deeply about slowly die from the inside out.

Try as you might, while your influences may have a positive effect on your child’s decision to embrace another path in life; it is a choice which ultimately must be made by the afflicted. Because surrender is perhaps only authentic when someone believes at their core they have finally been beat; rather than being told by others that the fight to eke by from one drink or drug to the next is no longer tenable. While it can take years, decades even, to become truly ready to surrender, it is a time that will eventually come. It is not so much a defeat as it is a conscious decision to open the doors to a spiritual experience. A driving force that guides people along the often precarious road of recovery.

One parent who came to realize that his child’s addiction was out of his control, was acclaimed author David Sheff. Though try as he might to influence his son’s path, recovery would be up to his son. If you are, again, the parent of a child (adult or not) who is or has battled with addiction, hopefully you have read Sheff’s book about his son Nic’s struggle from active addiction to active recovery, titled: “Beautiful Boy: A Father’s Journey Through His Son’s Addiction.” If you haven’t, you would do yourself a great service by reading the story of his son’s addiction, and what he learned along the way from discovering the problem and Nic’s several attempts at recovery.

“Beautiful Boy” covers a number of areas relevant to those who want nothing more than to help their child break the cycle of addiction. There are times when reading Sheff’s book where, no matter who is reading, avoiding tears in one’s eyes is seemingly impossible. The book hits home not only for the loved one’s addicts, but for addicts who read what their actions can do to those who love them. One of the most poignant realizations that David Sheff had, reads as follows:

“Like many in my straits, I became addicted to my son’s addiction. When it preoccupied me, even at the expense of my responsibilities to my wife and other children, I justified it. I thought, How can a parent not be consumed by his child’s life-or-death struggle? But I learned that my preoccupation with Nic didn’t help him and may have harmed him. Or maybe it was irrelevant to him. However, it surely harmed the rest of my family – and me. Along with this, I learned another lesson, a soul-shaking one: our children live or die with or without us. No matter what we do, no matter how we agonize or obsess, we cannot choose for our children whether they live or die. It is a devastating realization, but also liberating. I finally chose life for myself. I chose the perilous but essential path that allows me to accept that Nic will decide for himself how, and whether, he will live his life.”

It would be hard road for Nic to achieve success in the rooms of recovery. His son would go on to write his own memoir about methamphetamine addiction, “Tweak: Growing Up on Methamphetamines.” Finding his way shortly thereafter. Now, with 7 years of clean time, married and working in television, Nic seems to have truly found his way, according to HeraldNet. David Sheff took his probe into the nature of addiction even further, publishing “Clean: Overcoming Addiction and Ending America’s Greatest Tragedy” in 2013. Among other things, Clean takes a hard look at the stigma of addiction.

“It’s all about judgment. You’re weak, what happened to your morals?” he said with regard to how addiction is treated in America. “But we know that this is a brain disease. We know that the brains of people who become addicted become dramatically different. What do we do about diseases? We rely on the best science.”

The story of David Sheff’s son, and subsequent research on addiction, can be useful tools for parents whose child is still living in active addiction. David tour’s the country speaking to people about addiction. He emphasizes that addiction is a disease, not a moral failing as it is often viewed. For example at 7 p.m. February 10, 2017, David Sheff will speak at the Everett Performing Arts Center, Everett, Washington. You can follow Mr. Sheff on Twitter @david_sheff to learn about other appearances throughout the year.