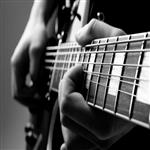 People who make a living in the music industry are no strangers to drugs and alcohol. One could even argue that mind-altering substances go hand-in-hand with being in a band. Playing concerts in different cities around the world can put a lot of stress on individuals, not to mention the anxiety that often arises from being on stage.

Music fans often look up on stage and see calm, collected individuals. Indeed, gracing the crowd with their talents. However, in many cases what you see is just part of the act. Many musicians struggle with the demons that often accompany people in show business. There is a good chance that you are a fan of musicians who have succumbed to their attempts at keeping such demons at bay by way of drugs and alcohol.

The list of great musicians who lost their life to addiction is both long and saddening. Especially when you consider that recovery is possible for them, just like anyone who has been touched by the disease. Unfortunately, recovery isn’t always found in time.

Every now and then, you hear of popular musicians who get sober or clean from drugs and/or alcohol. As you can probably imagine, keeping one’s program intact is no easy task in an industry that places so many demands on performers. But, they manage to do it. For every major act that finds recovery, there are many more musicians who are not as popular, trying to work a program whilst touring the country. Those same people often struggle to fit in meetings in between traveling, setting up, playing a show and breaking down—only to get back onto a bus and head to another city.

If you are one of those people? You may be interested to learn that there is a resource available that can help you maintain your program, if you are playing in Detroit, Michigan any time soon. Passenger is a non-profit organization in Detroit which understands how difficult it is for sober musicians. If you reach out to Passenger, their organization helps you get to a meeting and back to the performance before the show starts, free of charge, MLive reports. A vital resource for band and crew members wanting to put recovery first. The Passenger mission arose from:

“…very real lack of recovery options for supporting musicians and crew on the road. Schedules change every day, transportation can be unreliable, and meetings are often unavailable and/or unreachable. What begins as an attempt [getting to a meeting] to relieve anxiety can sometimes create more stress, and for some people, it can be an overwhelming vision. Passenger is a free service that’s here to help.”

Resources, like Passenger, could prove to be an invaluable resource to the music industry’s recovering addicts and alcoholics. Hopefully, similar organizations will spring up in other major cities well known for their music scene.