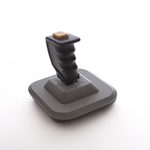 In the field of addiction medicine, preventing relapse is a top priority. It is often said that putting down the bottle or a drug is the easiest part of recovery, the rub is not picking them back up. Which is where a program of recovery comes into the picture. Through daily spiritual maintenance, and working a program with the help of a sponsor or another form of recovery mentor, it is possible to reduce one’s cravings for drugs and alcohol—in turn mitigating the risk of relapse.

Of course, despite one’s best efforts otherwise, relapse is still a real possibility. And triggers, especially how they are processed, can result in a relapse. Triggers are anything that can push someone to want to use again, such a sight or a smell. Seeing a bottle of booze or smelling the aroma of marijuana. While the latter may be easier to avoid, it is hard not to run the risk of seeing alcohol. The substance can be found in practically every convenience store or TV commercials and magazine advertisements. Simply put, it is next to impossible to always steer clear of alcohol; but, it may be possible to change what such a visual means to an alcoholic.

Scientists in Europe have been working with video-game joysticks to help prevent relapses on alcohol, according to a news release from Radbound University. Alcoholics who participated in the research were asked to use a joystick to move alcohol-related images away and pull images of nonalcoholic beverages closer. The exercise has been found to alter what alcohol-related images mean to the participants.

Before engaging in the exercise, a form of Cognitive Bias Modification (CBM) therapy, alcoholics associated images of the substance with ‘approach’ rather than ‘avoid,’ the news release reports. However, after the training that association had been reversed. In conjunction with normal methods of addiction treatment, the joystick therapy was found to reduce the risk of relapse. Participants involved in the program were found to have lower relapse rates.

When an image is pushed away it becomes smaller and when it is pulled closer it becomes larger. Before the training, most subjects associate alcohol with ‘approach’ but, after the training, alcohol is associated with ‘avoid.’ Alcoholics who received this training in addition to their normal treatment had better success rates after one year and a lower relapse rate. Program co-developer, Mike Rinck, says:

“The very fact that the effect is maintained for so long is fantastic. We will continue to monitor this and we will study whether we can improve the outcome and make it last longer with follow-up treatment at home.”

The method’s promising results could lead to better medicinal therapies. Please take a moment to listen to researcher Hanna Lesch, talk about the subject.