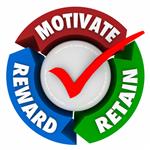 When you were growing up, there is a good chance that your parents rewarded you for good behaviors. Such rewards would reinforce your desire to continue the same pattern in the future. Completed chores were probably rewarded with an allowance and following directions were likely rewarded with your parents exhibiting greater trust in your ability to make good decisions when they were not around. Whatever the reward for a specific action was is irrelevant, what’s important is that a foundation for exhibiting healthy behaviors was being laid.

The aforementioned practice is known as contingency management, the use of incentives or rewards to encourage good behavior in the future. It is a strategy that a number of researchers have considered when trying to develop more effective forms of addiction treatment. If you have a history with addiction, you may be thinking that contingency management won’t work. Considering the countless people who have failed to achieve sustained abstinence, even when they have the expectation of something good coming their way for doing so. You cannot bribe people into sobriety and the addict-mind only knows one reward—euphoria.

At a number of extended-care residential addiction treatment facilities across the country, following directions and adhering to the principles of the program will often be rewarded with weekend passes or certain perks (i.e. going on fun excursions). They not only honor those new to recovery for their good work, the rewards in themselves actually can test the strength of one’s recovery at a given juncture. If a patient goes on pass from the center and relapses, it is indicative that an overhaul of their program is needed.

There will always be a contingent in the field of recovery who believe that one’s own recovery is the reward. The idea that people should be rewarded for their abstinence just doesn’t sit well with their ideas. It could even be broken down as such: the behaviors associated with active addiction are abnormal, leading to all kind of life problems; whereas, the behaviors tied to recovery are normal which are not accompanied by hardships. Recovery is its own reward.

That being said, it is generally agreed upon that there isn’t just one way to treat or recover from addiction. So, it is important that researchers continue to probe novel methods of helping people achieve sustained abstinence from mind altering substances. Researchers from Washington State University (WSU) studied the efficacy of contingency management when it came to treating co-occurring disorder (aka dual-diagnosis) cases, a WSU news release reports. The findings were published in The American Journal of Psychiatry.

A group of 79 outpatients at a mental health center in Seattle were followed by researchers for 12 weeks, according to the report. The researchers divided the participants into two groups, one of which would be rewarded after 12 weeks of negative results on drugs tests. The other group (control) would be rewarded regardless of drug test results. The rewards were nothing major, anything from soap to a gift card.

“Our findings suggest that contingency management is a feasible approach for people with alcohol problems,” said lead investigator Michael McDonell, an associate professor in WSU’s Elson S. Floyd College of Medicine. “And it may be particularly effective in those with serious mental illness – such as schizophrenia and bipolar disorder – a high-cost and difficult-to-engage population.”