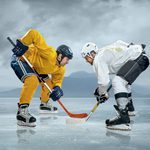 If you were to look back on memories of high school and college, you can probably remember where you fit into the social order. Maybe you were in the glee or debate club, perhaps you hung with the intellectuals or played team sports. Or maybe you were not interested in any of that, choosing to stick to a small group of classmates who had had enough of social hierarchy, choosing to rebel by reading Kafka and smoking pot.

No matter which group(s) you associated with, it is likely that you saw a fair amount of drinking and drugging at one time or another. Let’s face it, sometimes partying is a part of one’s transition into adulthood. That being said, when mining your memory banks you may think of certain groups that took part in the culture of drugs and alcohol on a more regular basis. Naturally, we all have different memories about our younger days, but more times than not heavy drug and alcohol use is associated with art “heads” and social outcasts. While such associations may be spot on from time to time, there are other groups that engage in their fair share of harmful behaviors with regard to drugs and alcohol.

One such group may come as a surprise, those known by first name in the athletics department. Yes, that’s right, but let’s set aside the occasional post game partying for the time being. It turns out that athletes are often placed in environments which put them at a potentially greater risk of substance abuse issue problems down the road, especially those playing team sports from high school to the pro’s, according to a University of Alberta news release. A new study “Exploring the role of sport in the development of substance addiction” was published in the journal Psychology of Sport and Exercise.

Laurie de Grace, a master’s graduate of the Faculty of Physical Education and Recreation and the study’s lead author, interviewed a number of former athletes who are in recovery from addiction, the news release reports. Most of the study participants had a background playing team sports, predominately hockey. De Grace points out that conventional wisdom would associate athletics with good mental health, but she found something altogether different.

“Instead, what we found is with addiction, the more risks that are present, the greater likelihood it is going to develop,” said de Grace. “Sport, it appears, has the potential to increase the risk factors.”

It is important to point out that the study doesn’t suggest that all people who play team sports are at a risk of addiction, but rather that those who may have a family history of addiction or started drinking and drugging in high school are at greater risk later on. With problems beginning in college and in the environment of professional sports, where heavy drinking is often the norm even endorsed by certain coaches. Project supervisor Wendy Rodgers, a professor in the Faculty of Physical Education and Recreation, highlights the need for protecting the addiction susceptible athletes early on.

“There is a vulnerable period of life that seems to correspond with an elite performance level in high school when there are a bunch of things going on that can contribute to problems later in life,” she said, making clear that the researchers were surprised by the availability of drugs and alcohol to young athletes. “That is definitely a context where we can take more control of what is happening with teams and how they are behaving and engaging with the rest of the community.”