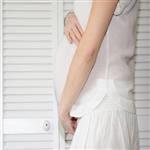 Abstaining from all mind-altering substances during pregnancy is generally considered to be the safest course of action for any expectant mother. The warnings are pasted on bottles of alcohol and printed on cigarette packs. Taverns typically post disclaimers about the potential harmful effects that alcohol can have on a fetus. And now, in the wake of the an opioid epidemic which has led to a spike in neonatal abstinence syndrome (NAS) cases, pregnant women are advised to be leery of opioids. However, when it comes to marijuana, there has not been a lot of talk about the potential effects the drug can have on a developing baby.

In the United States, individual states have taken a softer stance on cannabis of late. It is now legal to use medical marijuana in 28 states. What’s more, adults can engage in recreational marijuana use Alaska, California, Colorado, Maine, Massachusetts, Nevada, Oregon, and Washington as of November 9, 2016. While legalization is generally considered to be a step in the right direction when it comes to criminal justice, there is still a serious debate about the harms of cannabis use. Partly the result of a lack of research.

Many Americans have opinions about cannabis that are not based on science. They believe that because marijuana is now legal in their home state, that the risks of use are minimal. Although, with that line of logic, both alcohol and cigarettes would be considered to be safe. Which, they most certainly are not.

More than one study has shown that marijuana can have a detrimental impact on the developing brains of adolescents. So, if that is possible, then it is not that big of a stretch to think that “pot” may have a harmful effect on a developing fetus, right? Research indicates that tetrahydrocannabinol (THC) can pass through the placenta to the fetus, The New York Times reports. THC (the main psychoactive ingredient found in cannabis) experts point out, can potentially impact brain development, cognition and birth weight.

“Even early in development, marijuana is changing critical circuits and neurotransmitting receptors,” said Dr. Yasmin Hurd, a neuroscientist and the director of the addiction center at Icahn School of Medicine at Mount Sinai in Manhattan. “Those are important for regulation of emotions and reward, even motor function and cognition.”

If you are using marijuana on a daily basis and thinking of making a family, then it is vital that you abstain from drugs and alcohol, regardless of one’s own perceptions of potential harm. If you find that you are unable to quit on your own, you should consider addiction treatment. It will not only help your baby, it will help you.