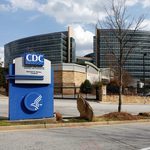 After the Super Bowl, which featured public service announcements (PSA) about the dangers of opioid narcotics, many Americans were likely alarmed about the information relayed. Some may not have believed figures like, teenagers are more likely to lose their life from a drug overdose than a bullet or texting while driving. The hope was to educate parents who place greater emphasis on locking guns up and admonishing their kids about texting and driving, than they do worrying about prescription narcotics being safely stored. The National Council on Alcoholism and Drug Abuse (NCADA) PSA’s running during the Super Bowl which has such a large audience, is indicative of just how important it is that the entire nation does their part in ending the opioid epidemic.

Last Friday, the Centers for Disease Control and Prevention (CDC) released a report showing that one in four drug overdoses was related to heroin in 2015, CNN reports. A percentage that is exponentially greater than it was in1999, when only 6 percent of all overdoses involved heroin. The findings come from a new study, Drug Overdose Deaths in the United States, 1999–2015.

Many are hopeful that fentanyl-related deaths will decrease as a result of Chinese government efforts to ban the production of fentanyl analogs. The United States Drug Enforcement Agency(DEA) has been working closely with Chinese officials to make it harder to get the deadly narcotic.

Regarding the Super Bowl PSA, the new study showed that the of overdose deaths number reached 52,404 in 2015, compared to 36,252 firearm-related deaths in the same year. It was the first year that overdose deaths exceeded 50,000. While the report had some promising findings with regard to prescription opioids, there is still a lot more work to do regarding synthetic opioids and heroin.

If you or a loved one has become dependent on opioids of any kind, please contact Cottonwood Tucson. We can provide both medical detoxification and residential treatment, giving one the tools for working a program of addiction recovery.