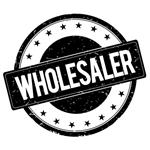 When compiling a list of all the entities and groups of people who had a hand in the American opioid addiction epidemic, bring a lot of paper and ink. From pharmaceutical companies (manufacturing) to pharmacies (distributing), there is a lot going on in between. Doctors, prescribing nurses, emergency rooms would certainly have a place on that list. Lawmakers also had a hand in allowing practices that don’t benefit patients, but line the pockets of pharmaceutical company CEOs to persist. Even the FDA has been called to account for approving certain drugs that would only serve to exacerbate the growing opioid crisis in America.

Over the last few years, a number of the aforementioned groups and individuals have been called to account by lawmakers, who were feeling the heavy weight of their constituents losing thousands of loved ones. Pressure to amend prescribing practices have resulted in a drop in prescription opioid use. Lawmakers overwhelmingly passed legislation designed to tackle the opioid epidemic, expanding access to addiction treatment and the life-saving drug naloxone. Drug makers are working to incorporate abuse-deterrent features inside their medications.

Expanding access to treatment will likely be the most effective measure against opioid addiction, others will merely scratch the surface by making it more difficult to acquire prescription opioids. Which, unfortunately, has the unintended effect of pushing addicts towards heroin. However, any effort to hold people and companies to account for their role in the epidemic, sends a clear message that such behaviors will no longer be tolerated.

We hear a lot about pharmaceutical companies and pharmacies, but what about prescription drug wholesalers? With “wholesalers” essentially being another word for “middlemen.” Drug wholesalers rake in billions of dollars for their services. The hand that pharmaceutical wholesalers have had in the epidemic has come into question, leading to lawsuits, NPR reports. It was alleged that two major distributors failed to stop or report pharmacies that were handing out suspicious amounts of opioid medication.

When drug distributors see something suspicious, they are required by law to report such instances to the Drug Enforcement Administration (DEA), according to the article. Failure to do so results in pharmacies filling drugs that doctors prescribe, even when something seems off about the amount of drugs a particular patient is getting each month.

Case in point, drug distributors shipped close to 9 million hydrocodone pills to one pharmacy in the town of Kermit, WV (population 392) over a two year period. Companies were finally asked to explain their failure to report such instances, which led to several suits against some of the biggest prescription drug wholesalers. Which, as you could have probably imagined resulted in huge financial settlements. The biggest wholesaler in the United States, McKesson Corp., agreed to pay a $150 million. Cardinal Health agreed to pay a $44 million settlement with the federal government and $20 million to the state of West Virginia.