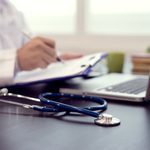 Suboxone is a drug that is used for treating addiction, specifically opioid use disorder. The drug is prescribed by doctors both inside addiction treatment facilities and outside at primary care offices. In recent years, in the wake of the American opioid addiction epidemic, there have been concerns about the number of doctors prescribing the drug. Given the scale of the epidemic, some two-million plus afflicted Americans, there simply are not enough doctors who are either licensed or willing to prescribe the potentially life-saving drug. Despite the fact that research shows  Suboxone, or buprenorphine, is effective when used in conjunction with cognitive behavioral therapy(CBT).

New research highlights why buprenorphine has been underutilized. Showing that even when it is prescribed to patients with an opioid use disorder, recovery success rates are fairly low. Of the 20,124 people studied who were prescribed Suboxone for addiction, the researchers found that 27 percent used another opioid during treatment and 54 percent received one after treatment was over, The Washington Post reports. The findings were published in the journal Addiction.

It is widely agreed upon that the longer one undergoes addiction treatment, the more equipped they will be for achieving long-term recovery. The longer the treatment, the stronger one’s recovery will be. Yet, the research shows that the average length of stay on buprenorphine was 55 days, according to the article. More than a month shorter than 90-day treatment programs that have become commonplace across the country.

The study also brings to light how the health care system in America is not coordinating their efforts. Caleb Alexander, co-director of the Center for Drug Safety and Effectiveness at the Johns Hopkins Bloomberg School of Public Health, said that the research: “raises important questions about the quality of care these patients are receiving and the degree to which their care is coordinated across our fragmented health-care system.”

Alexander pointed out that doctors are still not utilizing the prescription drug monitoring programs (PDMP), the article reports. He says that when patients continue to fill prescriptions for painkillers while also being prescribed Suboxone, it isn’t indicative of addicts gaming the system. It has more to do with “inefficiency and poor communication” throughout the healthcare system.