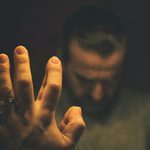 The angst that accompanies living in uncertain times should not be underestimated, and certainly not disregarded. It is correlation that goes far beyond the lines of politics (that is not to say that politics don’t have a role). Over the last two decades the economic landscape of America has changed dramatically, and with it economic instability.

Sure, everyone would like to have a well-paying job, or at least one that will cover the bills and leave a little extra for fun. While not having such security can and could be cause for malaise, the reality is that living in relative poverty can close several doors that many Americans traditionally expect to walk through at some point, such as marriage and child rearing. Without such life goals being within reach, Americans will naturally despair, a hopelessness that often results in the use of drugs, alcohol or worse to cope.

In the field of addiction there is zero-debate about what happens when people use mind-altering substances as a coping mechanism. For more than a decade we have faced a dramatic rise in not only drug overdose deaths, but alcohol related deaths and suicide have been on the rise among middle-aged white Americans with minimal education, as well. However, until recently the rise in mortality among the aforementioned demographic was not well understood.

For decades, middle-age white American life expectancy rates went in just one direction, up. However, in 2015 a team of researchers from Princeton University (much to their surprise) found that the trend of longer life expectancy had reversed among that demographic, NPR reports. Left scratching their heads, researchers Ann Case and Angus Deaton, sought to ensure that their findings were accurate. After doing so, they endeavored to determine the reasons why.

The researchers published a study recently that revealed that these were ‘deaths of despair.’ The research, published in Brookings Papers on Economic Activity, showed a lack of education and an inability to secure a consistent job that paid well, resulted in people experiencing a buildup of distress and social dysfunction over time. Whites without a college education, ages 45 to 54, had a mortality rate increase by a half-percent each year from 1999 to 2013. Angus Deaton points out in an interview that they (Case and Deaton) understood the proximate causes behind the uptick in mortality:

“We knew suicides were going up rapidly, and that overdoses mostly from prescription drugs were going up, and that alcoholic liver disease was going up. The deeper questions were why those were happening — there’s obviously some underlying malaise, reasons for which we [didn’t] know.”

Deaton’s partner both in life and in research, Ann Case, adds that with few prospects for empowerment and bettering once standing in life, despair ensues. Trying to eke out an existence in world where the odds are seemingly stacked against you can lead people to rash decisions. Case says:

“These deaths of despair have been accompanied by reduced labor force participation, reduced marriage rates, increases in reports of poor health and poor mental health. So we are beginning to thread a story in that it’s possible that [the trend is] consistent with the labor market collapsing for people with less than a college degree. In turn, those people are being less able to form stable marriages, and in turn that has effects on the kind of economic and social supports that people need in order to thrive.”

From Despair to Recovery

While the researchers’ findings are of the utmost importance, they do not provide any real theories for reversing this disturbing trend. Without question, these are hard times for millions for Americans trying to realize the dream that that were led to believe was a guarantee. However, substance abuse and choosing to take one’s life is not the answer. Drugs and alcohol may ease your troubled mind for a time, but in the long run they will only serve to exacerbate the problem and create new issues.

It could be you’ve noticed this type of despair in your own family. Perhaps a parent, sibling, an adult child or an aunt or uncle exhibits symptoms of depression. They have moved into a vicious circle. At Cottonwood Tucson, we know depression can impact a person’s ability to earn a living, study or maintain important relationships. It is important to start the conversation with your loved ones, be aware and supportive.