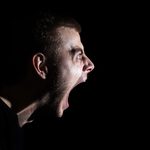 In the wake of two Mideast wars, many Americans added a new acronym to their lexicon IED, which stands for improvised explosive device. Essentially, homemade bombs constructed in unconventional ways, typically hidden in debris along roadways to inflict unsuspected carnage. Many American servicemen and women have been maimed or lost their lives as a result of IEDs, many more suffer from post-traumatic stress disorder (PTSD) as a result of exposure to the crude devices. While PTSD is an important topic that we have covered frequently over the years on our blog, today we would like to discuss another mental health disorder with a fitting moniker.

If you were to type “IED” into google search bar, the first sites to generate will have to do with explosives. But, if you scroll down a bit, you will likely discover another IED that wreaks havoc on many people. Intermittent explosive disorder (IED) is a behavioral condition that, according to a study published in The Journal of Clinical Psychiatry, is marked by explosive outbursts of anger, violence and rage. The explosive outbursts are disproportionate to the situation, trivial events that lead people to exhibit rage.

In the Diagnostic and Statistical Manual of Mental Disorders (DSM-5), IED is in the category of “Disruptive, Impulse-Control, and Conduct Disorders.” The condition often affects people who have other mood disorders, such as bipolar disorder. And like many mental health disorders, they are often accompanied by substance use and abuse, which are referred to as co-occurring disorders.

People living with untreated mental illness often turn to drugs and alcohol to cope with their symptoms. A pattern that can result in the development of a substance use disorder (SUD). Due to the high prevalence of co-occurring mental health disorders, it is crucial that mental illness is diagnosed and treated early on, in order to mitigate the risk of addiction. Having dual-diagnosis is treatable, but it requires both conditions be treated simultaneously.

Bipolar disorder is a condition that affects millions of Americans, however IED actually affects more people. As many as 16 million Americans, more than bipolar disorder and schizophrenia combined, ScienceDaily reports. A new study, conducted by researchers at the University of Chicago, has shown that people with IED have a five times greater risk for abusing drugs and alcohol. The findings were published in The Journal of Clinical Psychiatry.

The condition is generally diagnosed in adolescence, according to the report. While intermittent explosive disorder is a neurobiological disorder, study researcher Emil Coccaro, MD, points out that people tend to think of the condition as a social-behavioral issue. Coccaro emphasizes the need for early intervention and cognitive behavioral therapy (CBT), to mitigate the risk of the afflicted turning to substance use.

“People don’t see this as a medical problem. They think of it as simply bad behavior they have developed over the course of their lives, but it isn’t. It has significant biology and neuroscience behind it,” said Coccaro. “The earlier you treat this dysregulation, the more likely you are to offset other disorders that come later down the road.”

At Cottonwood Tucson, we specialize in treating an array of mental health conditions. We understand first-hand the importance of treating both the addiction and co-occurring disorder concurrently, as doing so gives clients that best shot at long term recovery. If you or a loved one is struggling with a mood disorder, please contact us today. We are here to help you break the cycle and recover.