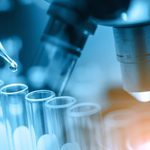 The ever-changing landscape of marijuana law throughout the country demands that copious amounts of scientific research be conducted. Without such studies, there is no way to understand the true risks of legalizing a drug that’s use has been prohibited for nearly a century. Recently, a new study was presented that showed that marijuana users are at a significantly greater risk of experiencing a stroke or heart failure. The findings highlight the need for further research on the subject. Without tireless research, it is impossible to make informed decisions about marijuana policy.

If you are a middle-aged American who tried or used marijuana in your youth, and continue to use the drug to this day, then there is a good chance that you have noticed staggering differences in quality. Technology and a greater understanding of botany has allowed marijuana farmers to produce a far more potent product. The difference between cannabis today compared to what was being used in the 1970’s, is night and day. Plant matter today can boast THC content upwards of 30 percent, compared to under 10 percent in the ‘70s. With that in mind, the side effects are likely to be far greater with the marijuana used today.

With over 25 states allowing the use of medical marijuana and eight states that allow adults over the age of 21 to use cannabis recreationally, one would assume that there would be no shortage of high-quality marijuana to be had for scientific research. Yet, when scientists attempt to conduct studies on the effects of the drug, they are required to request the drug from only one place—the University of Mississippi. The marijuana is grown a 12-acre farm is operated by the National Institute on Drug Abuse (NIDA).

Seems simple enough, right? Well, it turns out that the marijuana grown on that parcel of land is extremely low-grade, reminiscent of cannabis from the long ago. Sue Sisley, a primary care physician in Scottsdale, Arizona, and her colleagues were awarded a grant to research the drug’s efficacy as a treatment for chronic post-traumatic stress disorder, PBS NewsHour reports. Two years later, the shipment of marijuana arrived from the NIDA “pot” farm. But, to Sisley’s dismay, what was inside resembled a green powder, rather than what was being consumed by your average American. Some of the marijuana samples were contaminated by mold.

When conducting research, it is vital that what is being tested is free from contaminants, such as mold. Naturally, Sisley and her colleagues with the Multidisciplinary Association for Psychedelic Studies (MAPS) complained to NIDA about the quality of the marijuana they received. NIDA said that this was the first time researchers had raised concerns about their cannabis. With more and more researchers looking to study the drug, it is crucial that they have access to the purest samples, whose quality is on par with what is being used by the general public.

“We waited 20 months to get going, and then we got this sub-optimal study drug,” Sisley said. “The longer we allow this monopoly to continue, the more efficacy [of the] research will continue to be thwarted.”

It seems like a given that more states will hop on board regarding lightening marijuana use restrictions in the coming years. At the end of last year, seven states voted on marijuana policy in one form or another. Arizonans voted down a recreational legalization proposal, the industry’s only loss last November.