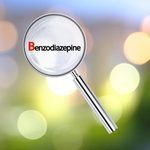 People with substance use disorders (SUD) often mix drugs, that is when one takes two or more different types of narcotics at the same time, in order to amplify the intensity of one’s euphoria. It is relatively common for individuals to take an “upper” like cocaine with a “downer” like heroin, an action often referred to as “speedballing.”

It is possible that you have heard of the potentially deadly admixture, as it has been cited as being responsible for a number of notable deaths (e.g. John Belushi, Mitch Hedberg et. al.). It is important for users to realize that they are speedballing, even when heroin and cocaine are not in the picture. For example, taking prescription stimulants like Adderall, and prescription opioids like OxyContin—is essentially a speedball.

While speedballing is often thought of when it comes to overdose deaths, opioid drugs on its own are deadly. As is evident by the staggering death toll linked to both prescription opioids and heroin. But when opioids are mixed with other types of narcotics, the side effects (some desired and some not) are exponentially greater. The reason for this occurrence is due to what is called drug synergy. That is when two drugs interact in such a way as to enhance or magnify the effects of the drugs. It can happen when two drugs have similar effects on the brain and body, or not.

There is another deadly trend among addicts that involves using opioids and benzodiazepines simultaneously. Benzodiazepines are most commonly used as an anxiolytic (anti-anxiety) drug in the treatment of anxiety disorders. Before we proceed, benzodiazepine abuse can easily lead to an overdose without the aid of other narcotics. When mixed with opioids, it can only be described as a deadly cocktail. Commonly prescribed benzodiazepines, include:

A new study, which analyzed data on more than 300,000 privately insured patients prescribed a narcotic painkiller between 2001 and 2013, found that about 30 percent of all overdose deaths involved benzodiazepines, HealthDay report. Lead researcher, Dr. Eric Sun, says that mixing the two types of drugs lowers the threshold for an overdose. The findings were published in BMJ.

Setting addicts aiming to abuse these types of drugs aside for the time being, there are instances when a patient is prescribed both classes of drugs concurrently. And a doctor, believe it or not, may have a good reason for doing so. However, patients prescribed both types of drugs may acquire them from different providers; such as, a prescription opioid from a primary care physician and a benzodiazepine from a psychiatrist. It is vital that doctors know of every drug a patient may be taking before prescribing one that could increase the risk of a deadly overdose.

In some instances, one doctor could prescribe both types of drugs to a patient. If that is the case, it is of the utmost importance that said provider inform the patients of the inherent risks in taking both drugs simultaneously. The risks are so great that doctors should think long and hard before writing prescriptions for both drugs for the same patient.

Now back to addiction. It is no secret that people with substance use disorders will “doctor shop.” Seeing multiple doctors to acquire more of a narcotic(s), than is recommended. Physicians who take advantage of their state’s prescription drug monitoring program (PDMP) can determine which patients are engaging in the activity. Using PDMPs saves lives in two ways. 1) It mitigates the risk of prescribing a medication to a patient that may conflict, or have synergistic effects with another substance. 2) Doctors who identify a doctor shopping patient, can use it as an opportunity to discuss addiction treatment options with them.

If you, or a loved one, has been visiting multiple doctors to acquire more drugs than is clinically necessary, there is a good chance of addiction being at play. Using copious amounts of opioids, benzodiazepines or both is a sure path to overdose. Please contact Cottonwood Tucson. We can help you break the deadly cycle of addiction. The longer an opioid use disorder is left untreated, the greater the likelihood of an overdose death.