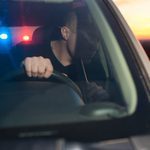 Dangers of Alcohol Use

Alcohol is a substance that is responsible every year for far more deaths than any other substance. And, yet it remains legal for adult consumption. However, it doesn’t do much good to argue for prohibition, history shows that outright bans on any substance does more harm than good. Mitigating the harmful risks of alcohol consumption can only come from efforts to educate people about the potential dangers of alcohol use. It can be easy for people, especially teenagers and young adults, to form inaccurate perceptions about alcohol. After all, it’s legal to use and they are constantly bombarded by advertisements encouraging drinking—portraying the substance as being synonymous with having fun.

Equally important, but for different reasons, laws and appropriate punishments for breaking such laws regarding alcohol use can save lives. While moderate to heavy alcohol use can eventually cause a number of potentially fatal health conditions, in the short term driving under the influence can easily result in immediate fatal outcomes. Every year, teenagers and adults alike make the choice to get behind the wheel with alcohol in their system. And thousands of people die annually as result of that error in judgment. In many cases, the people who lose their lives are not the drunk drivers, but rather innocent motorists.

Laws differ from each state regarding drinking and driving. However, new research suggests that in states with stricter laws aimed at deterring both drunk driving and drinking altogether, there are less fatal car wrecks among children and teens, HealthDay reports. Almost 85,000 kids and teens were killed in traffic accidents between 2000 and 2013 in America. Of those fatal car wrecks, 28 percent were the result of drink drivers. In states that have tough on drunk driving policies, a 9 percent decrease in child and teen crash deaths was observed. The findings were published in the journal Pediatrics.

“To reduce alcohol-related crash deaths among youth, it is important to strengthen policies that focus on adults, not just youth, and that focus on drinking, not just driving,” said senior study author Dr. Tim Naimi, an alcohol epidemiologist at Boston University’s School of Medicine. “Most policies we included in our study were designed to reduce drinking, as opposed to reduce driving among those who were already impaired.”

People who are arrested for drunk driving are far more likely to get another DUI down the road, compared to people who have never had one. The findings show that a greater emphasis should be placed on reducing drinking, rather than just creating drunk driving laws with strict punishments. Dr. Naimi believes that legislation which increases the price of alcohol and places limits on liquor sales could deter people from getting intoxicated to begin with, according to the article. He adds that enacting laws that prevent young drivers from operating a vehicle at night and limiting the number of passengers they can have in the car, could be helpful as well. The study found that almost half of the alcohol related teen deaths, were, in fact, passengers in a car operated by a drunk driver, many of which were adults.

“Drunk driving continues to be the leading killer on highways,” said J.T. Griffin, chief government affairs officer for Mothers Against Drunk Driving (MADD). “We need to look at the whole problem, and not just focus on one area like young drivers.”