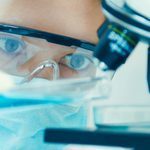 The western world has undergone dramatic, revolutionary changes regarding drugs and addiction—specifically by way of placing greater emphasis on treating addiction rather than imprisoning those whose only real crime was developing this debilitating mental health disorder. In the United States, we have seen the damage done by draconian drug policies that disproportionately affect the lives of the impoverished and ethnic minorities. And while lawmakers on both sides of the political landscape have become more enlightened about addiction, there is much more work to be done to end mandatory minimum sentences and ensuring that everyone who needs addiction treatment has access.

It is abundantly clear that we owe the paradigm shift in thinking, in respect to addiction, to science. Even though there is much more to learn about substance abuse and the brain, science irrefutably shows that the disease is not a lack of moral fiber or willpower. Rather, it is a form of mental illness that can be treated, provided however that the afflicted are given the chance to recover and society exercises compassion as opposed to ostracization.

Given the fact that millions of this nation’s citizens have experienced first-hand the weight of addiction, it stands to reason that exponentially more people have watched their loved ones fall into the depths of despair due to this incurable disease. Yet, society struggles to view people dying from active addiction as they would someone with another potentially fatal health disorder. Which is why it’s paramount for scientist to continue their important work of uncovering the nature of addiction, so that everyone can understand more clearly that the condition is not a choice. Naturally, for researchers to continue their ever-important work, funding is required.

Tomorrow, tens of thousands of Americans around the country plan to March for Science, with the expressed goal of communicating that science is a pillar of human freedom and prosperity. Calling for “science that upholds the common good and for political leaders and policy makers to enact evidence based policies in the public interest.”

Among the many marchers will be researchers and supporters of the Drug Policy Alliance (DPA), the nation’s leading organization promoting drug policies that are grounded in science, compassion, health and human rights. The organization has been one of the biggest opponents of the American “war on drugs” and understands that science is the greatest weapon against the pernicious stigma of addiction and other forms of mental illness that that still exists. Jules Netherland, director of the Office of Academic Engagement at the Drug Policy Alliance, and Sheila Vakharia, an assistant professor at Long Island University, write:

“We know better, and we must do better. Scholars who work in drug policy and all those who care about effective, evidence-base drug policy cannot stand by and watch all the progress we’ve made be undermined. Too much is at stake… It’s time to turn from the misinformation, fear, and stigma that too often drive drug policy and insist on approaches that ground our policies in science and compassion.”

It cannot be stressed enough just how important advances in science have been to the field of addiction medicine. Researchers have developed medications and studied various modalities, to ensure that addiction treatment is rooted in evidence-based methods. Thanks to tireless research, addiction treatment providers can give patients and clients the best chance at achieving long-term recovery.

At Cottonwood Tucson, we employ the use of evidence-based methods of therapy in conjunction with holistic behavioral health treatment. Our center is a clinical and academic partner of the University of Arizona School of Medicine – Department of Psychiatry. We utilize state-of-the-art whole person addiction treatment and have been helping people recover from both addiction and co-occurring behavioral health conditions for more than 25 years.

If you, or a loved one has been touched by the disease of addiction, please reach out to us for help today.