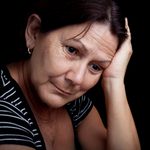 Alcohol use education and prevention is almost always geared towards teenagers and young adults, populations that are believed to be at the greatest risk of harm from using the pervasive substance. Young people tend to think that they are invincible, that they can handle situations that they likely cannot. While there is plenty of evidence to support the idea that the younger one is when they start drinking the greater the likelihood of them developing an alcohol use disorder in the future, the immediate dangers of alcohol use among young people include having one’s life cut short. For instance, alcohol poisoning and alcohol-related traffic fatalities.

Equipping young men and women with the facts about alcohol is of the utmost importance, having the power to impact the relationship that young people develop with the substance early on, in order to mitigate the risk of problems later in life. The risks of forming an unhealthy relationship with alcohol go beyond just developing an alcohol use disorder, the list of alcohol related health problems that can arise from even moderate drinking is long.

Both educators and parents have a duty to shatter the myths about alcohol use, lest they [young people] formulate deleterious perceptions about alcohol that will follow them for the rest of their lives. Efforts should be equally directed at males and females, even though factually women have historically drank at lower rates in smaller amounts. Researchers have determined that while women may drink less than men, the substance affects females in different ways and smaller amounts can do damage comparable to that of males who drink more. Especially in people’s “golden years.”

The causes are not easily explained away, but the evidence is clear. Older women are drinking far more often and in exceedingly unhealthy ways. A trend occurring even among women who didn’t drink much in their middle years. As “baby boomers” reach and settle into retirement, there is significant interest in how they are filling their time—particularly regarding alcohol or substance use and abuse. While drinking rates and unhealthy consumption behaviors among older men have remained relatively consistent for more than a decade, far from the same can be said about that of women.

There is a growing body of evidence indicating that not only are older women drinking more than women of generations past, more older women are “binge drinking” (4 drinks for women in about 2 hours). A new study found that the average prevalence of binge drinking remained stable from 1997 to 2014 with men, but binge drinking increased an average of nearly 4 percent per annum among women, HealthDay reports. Study author Rosalind Breslow, an epidemiologist at the U.S. National Institute on Alcohol Abuse and Alcoholism, and colleagues found that binge drinking among women has risen dramatically, at a far greater rate than older males. The findings were published in the journal Alcoholism: Clinical and Experimental Research.

“We know that, overall, women are more sensitive to the negative health consequences of alcohol than men,” said Dr. J.C. Garbutt, medical director of the University of North Carolina Alcohol and Substance Abuse Program, in Chapel Hill. “These consequences include liver disease, high blood pressure, stroke, heart disease and cognitive impairment — serious problems — and addiction to alcohol is possible as well.”

Dr. Garbut points out that the reasons for the dramatic increase in unhealthy drinking behaviors among older women is not currently understood, according to the article. While he cautions against conjecture, he says that cultural factors likely have a role, including:

Never Too Old To Recover

Engaging in regular, heavy drinking at any age can be extremely harmful to one’s health. It is a pattern that often leads to alcohol use disorder and several other negative health effects. However, the effects of alcohol on older adults are far more insidious. Fortunately help is available. If you or a loved one is struggling with alcoholism, please contact Cottonwood Tucson. There is never a “too soon” when it comes to beginning the journey of recovery. But unfortunately, there is such a thing as “too late.” Far more people perish prematurely from alcohol-related illnesses, than from that of drug overdoses. When it comes to addiction, time is not an ally.