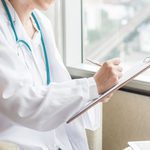 Abusing a drug of any kind carries certain inherent risks, firstly being addiction. Continued use for long periods of time wreaks havoc on both mind and body, severely impacting one’s quality of life and more times than not leading to premature death. But the outcome does not need to be a foregone conclusion, given that individuals can and do recover from alcohol and substance use disorder. And there is significant evidence that suggests that the earlier the intervention, the better the chance of achieving successful long term recovery.

However, it is important to point out that intervention early on does not necessarily mean that you will succeed at working a program of recovery on the first attempt. For some people, relapse is a part of their story leading up to an honest effort to adopt the principles of recovery, practicing these in all their affairs. In many cases, getting one’s foot in the door of a recovery program can lay the groundwork for eventually achieving long term recovery, and relapse should never be an excuse for giving up.

That being said, while some mind-altering substances take their toll over seemingly geologic periods of time, other drugs are not as forgiving. Being significantly riskier to abuse. Of late, opioids have taken the prize for deadliest narcotic. One only need scan major news outlets to learn of the death toll associated with abusing opioid painkillers and heroin. Being unbelievably addictive is just the tip of the iceberg when it comes to the dangers of this class of drugs. Beneath the surface, lies the risk of fatal overdose or contracting deadly diseases from intravenous (IV) drug use.

If you are reading this and are currently abusing opioids, we implore you to take such risks seriously. If you think it can’t happen to you, rest assured that those events have not occurred Y.E.T. — ‘You’re Eligible, Too.’

Of late, efforts to better educate primary care doctors in spotting the signs of opioid use disorder (OUD) have been of the utmost concern. Nearly 100 people die from overdoses every day in the United States, many of whom died from abusing narcotics they received from their doctor. While it has become a little more difficult to sustain an addiction by way of one’s doctor alone, it does still occur and new research reaffirms the need for doctor/patient interventions.

Researchers at the University of California, Los Angeles (UCLA) found that nearly one-fifth of patients with opioid use disorder (OUD) in a large university healthcare system died during a four-year follow-up period, ScienceDaily reports. The findings highlight the fact that many physicians are not equipped to spot addiction and provide aid. The study was published in the Journal of Addiction Medicine.

Yih-Ing Hser, PhD, of University of California, Los Angeles, and colleagues identified 2,576 adult patients who met the criteria for OUD, according to the article. Four-years later, 465 of the identified patients had passed away, the average age of the patients when first diagnosed with OUD was 41. These deaths were not only attributable to overdose (19 percent) and infectious disease like hepatitis C, but one’s OUD likely complicated other health conditions and should be considered as contributing factors. The authors write:

“Further research is much needed to better engage the entire spectrum of healthcare services, with the goal of developing and delivering efficient and effective chronic care management approaches and services for OUD.”

The longer you travel the road of the abuse, the more dependent you become. More of the drug is required to achieve the desired effect of treating pain (if present), avoiding physical withdrawal symptoms and euphoria. Increasing one’s dose exponentially increases one’s risk of overdose. Even if your doctor has not identified you as having an opioid use disorder, if the aforementioned behavior sounds familiar to you—then it is likely you know what it means.

At Cottonwood Tucson we can help you break the cycle of addiction and address alternative forms of pain management. We will also provide you the tools needed to work a program of addiction recovery, giving you the ability to abstain from deadly opioid narcotics. Please contact us today to begin the life-saving experience of recovery.