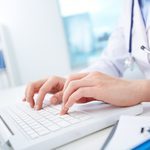 There are tools available that can save people’s life, even if those people do not yet know that their lives require saving. Over what has now been nearly two decades, prescription opioid painkillers have become one the nation’s biggest causes of premature death. While such medications are necessary in certain instances, they are prescribed far too often in amounts that can have fatal results. It does not take much more than a prescribed dose to experience a potentially fatal overdose.

In recent years, there has been much talk about finding ways to limit people’s exposure and reliance on opioids for all things pain. Given that it is not uncommon for prescriptions painkillers to be written for the treatment of even moderate pain, discomfort that could likely be treated with opioid alternatives, there is a dire need for altering the societal mindset that says oxycodone and hydrocodone is the answer.

What often starts as pain management, quickly morphs into opioid dependence and addiction. Given that doctors will only prescribe a certain amount of a narcotic at a time, some patients will visit multiple doctors to get more of the same kind of drug. It is a practice that is referred to as “doctor shopping” and it can be deadly. But, it is also a practice that can easily be prevented.

In practically every state, there is a some version of a prescription drug monitoring program (PDMP). These are databases which allow doctors to more easily identify patients who may be struggling with opioid use disorder. You may think that doctors would be gung-ho about utilizing such a tool, given that PDMPs have the power to help medical professionals intervene and help patients. Unfortunately, most doctors are not utilizing such programs and that may be because they are not required to use the potentially life-saving tools.

A study conducted by researchers John Hopkins University published in 2015 in the journal Health Affairs, found that only about half of the prescribing doctors questioned admitted to using PDMPs. The low record of usage comes even though 72 percent of doctors indicated they were aware that there was a PDMP in their state. As a result, there was a clear need to encourage use, by not only emphasizing its value, but by making it easier to use. One such barrier being that PDMPs from state to state are not linked, allowing patients to cross state lines to avoid detection.

While there have been some logistical hiccups with monitoring programs, there are still some doctors who have been reticent to use them, for their own personal reasons. Which may have the unintended effect of hurting patients.

So, preventing doctor shopping can save lives, maybe PDMPs use should be required. Research published in Health Affairs showed that mandating that physicians register in their state’s’ PDMP resulted in an almost 10 percent drop in prescriptions written for the most potent opioid painkillers, Philly reports. Both New Jersey and Pennsylvania require physicians to register with the state database. Interestingly, the researchers found that registration was just as effective as actually requiring that doctors check the database before prescribing. The researchers speculate that it may be the result of registration leading to awareness.

The researchers wrote that requiring registration “might have further raised prescribers’ awareness of misuse and abuse of controlled substances among their patients, leading to subsequent changes in prescribing practices.”

It is worth noting that physician organizations have been vocally against laws requiring doctors to register and use PDMPs. A trend that will hopefully change, sooner rather than later. The stakes are enormously high, and while PDMPs are not perfect and could use revision, making such programs more effective requires the medical community, as a whole, being committed to affecting change.