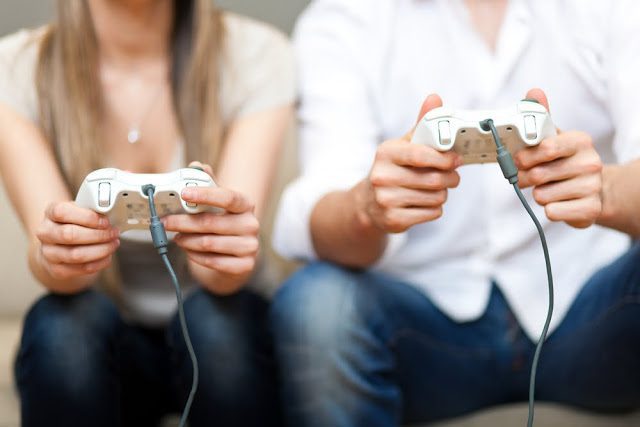 According to Hormone.org, hyperprolactinemia “is a condition in which a person has higher-than-normal levels of the hormone prolactin in the blood.” Prolactin is a hormone which can affect the level of sex hormones, estrogen and testosterone in both men and women. Produced by the pituitary gland, varying circumstances like high levels of stress, can lead to an increase in the production of prolactin, resulting in hyperprolactinemia. New research published in the Journal of Sexual Medicine has found that “video gamers” have low sex drive which could be the result of hyperprolactinemia, caused by high amounts of stress.
The study surveyed almost four hundred Italian men who were chronic video gamers. Though the research revealed that these men were less likely to experience common sexual dysfunction in men like premature ejaculation, they were more likely to experience a lack of sex drive altogether. “The researchers explain that video games supply a steady stream of dopamine, ‘the pleasure hormone’ that is involved in stimulating an orgasm, to the player, and therefore gamers see a decreased receptor response.”
A decreased receptor response for the production of dopamine is common in all kinds of addiction. Substances and processes of any kind which create an “addiction” create a surplus in the production of dopamine. As that surge of dopamine is constantly abused with the presence of more chemically altering substances or more intense processes, like longer hours of video gaming, the brain’s ability to produce dopamine, thereby produce pleasure is weakened until completely depleted. Dependency in chemical dependency and the addiction to processes like video gaming is caused by the brain’s association of dopamine production with that substance or process. Consequently, the brain is unable to produce dopamine on it’s own and believes only that substance or process will be able to do so. The cycle is insidious and unending until the abuse of the substance or process is stopped.
Recovery from video game addiction has to include life skills which create new avenues of producing dopamine and prevention techniques for managing stress. Hormone regulation can often be managed through changes in diet and exercise.
Cottonwood Tucson offers residential behavioral health treatment to men and women struggling with video game addiction. Our focus on the co-occurring treatment of compulsive disorders with other mental health disorders takes an integrative approach offering hope and healing. For information on our programs, call us today by dialing (888) 708-4784.
Previous PostWhen Grief Necessitates TreatmentNext PostProblem Drinking Is Still a Drinking Problem