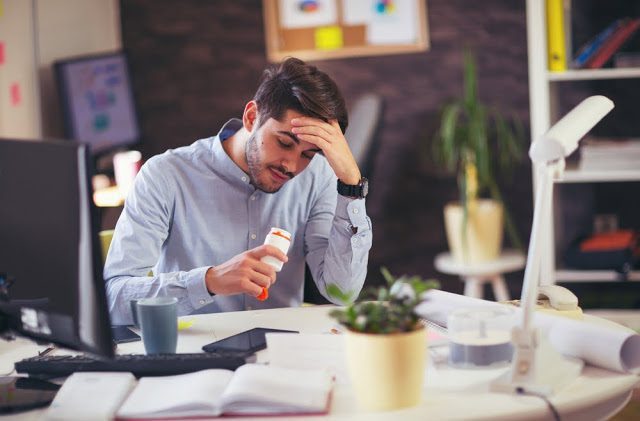 According to to new data released by the Centers for Disease Control and Prevention, the CDC, it takes less than five days to become addicted to opioid pain medication. Any patient who uses opioids more than three days has a high risk of becoming a long-term user of opioid medications, beyond the medical necessity of their injury or pain complaint. After five days, and after a month, the risk is even higher. Such patients will likely seek more prescriptions and refills.
Prescription painkillers with brand names like Percocet, Oxycontin, Hydrocodone, and more, are highly addictive opioid drugs which use a combination of morphine, a derivative of opium, and acetaminophen, which is the generic name for Tylenol. Morphine is the natural byproduct the body creates when it has ingested opioid substance like opium. By activating the production of opioid neurotransmitters, the opioid receptors in the brain are blocked, causing an overwhelming sensation of pain relief, euphoria, and analgesia.
Over one million patients had their data analyzed for the report, over 30,000 of which were regularly using opioids as a prescribed therapy for a minimum of one year. Five was the magical number in the study, the day on which the likelihood of continuing to use opioids took the sharpest increase. Throughout the course of the first 30 days of opioid treatment, the data revealed an increase in the likelihood to continue using opioids. Thirty percent of patients who used opioid pain medications for at least 31 days would continue to use opioid medications for a year or more after their initial prescription.
The opioid epidemic has been largely blamed on the over-prescribing of opioid medications. Doctors have been criticized for prescribing opioids when unnecessary, prescribing too high of dosages, or prescribing prescriptions for longer than necessary. Though opioid medications were marketed as long lasting and non-addicting, the epidemic has revealed the opposite to be true. Opioid medications, especially when misused or used for longer than necessary, eventually weaken the brain’s ability to produce opioid neurotransmitters on its own; meaning, the brain can no longer provide it’s own pain relief. Consequently, the brain becomes more sensitive to pain, having lost its ability to regulate pain sensations. Thus, an individual becomes dependent upon opioids- they need opioids to relieve pain, though the opioids increase the pain.
Opioid addiction as a result of misuse is common. If you believe you have developed a dependency on opioid painkiller medications as the result of a prescription, you are not alone. With an integrative approach to treatment, you can heal your mind and your body. Cottonwood Tucson offers a renown residential treatment program for opioid addiction and co-occurring disorders. For information, call us today by dialing (888) 708-4784.
Previous PostBody Image Issues Could Be GenerationalNext PostThere are Many Benefits of Going To Treatment For Mental Health