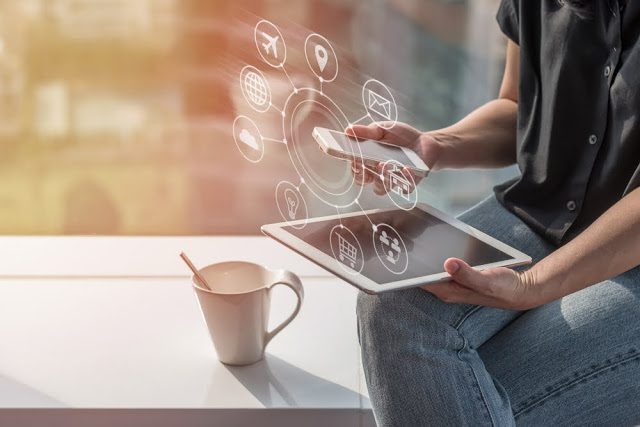 “Internet use disorder” is not a listed mental disorder in the fifth edition Diagnostic and Statistical Manual of Mental Disorders, often referred to as the DSM-V what is largely considered to be the ultimate reference for mental health. However, other chronic compulsive behavioral issues like sex addiction, video game addiction, and spending addiction also aren’t listed in the DSM-V but are real issues which affect people in real ways every single day. Disorders which cause chemical disruptions in the brain as well as other problematic symptoms don’t get listed in the DSM because the scientific community needs specific kinds of studies and evidence to prove they are “legitimate” mental disorders, according to their very critical standards. Despite the lack of a listing in the manual, many therapists and practitioners continue to offer support and treatment for internet addiction in addition to many other compulsive addictions.
Internet interactions cause a stimulation in the brain, caused by a hyper production of dopamine. Dopamine is referred to as both a “pleasure hormone” and a pleasure neurotransmitter in the brain. When produced, the dopamine chemicals carry messages of pleasure to areas of the brain like the reward center, which than translates the messages to areas of learning and memory. Using the internet, whether it be through surfing the web, online shopping, online gaming, checking the news, or social media, stimulates the production of dopamine. Since the internet is such a big part of modern life, it is constantly being used. In addition, the internet is only accessible by way of a screen, meaning, one has to interact with a digital, technological device in order to browse the internet. Technology addiction is also a problem because the blue lights behind the screen of devices not only stimulate the production of dopamine, but also activate hormones which respond to daylight, convincing the brain to be awake.
Recent studies have found that the addictive quality of the internet is proven by how hard it is to “quit” the internet. Published in Plos One, the study found that people with internet use disorder, also called problematic internet use, experienced the same physical symptoms of withdrawal as those detoxing from drugs and alcohol when they went offline from the internet. Most of the internet usage among participants was attributed to social media, online shopping, and doing research.
Internet addiction can cause problems in both mental and physical health. Spending too much time interacting with a screen and the virtual world of the internet can cause problems with eyesight, heart health, and relationships.
Cottonwood Tucson offers renowned inpatient treatment programs for internet addiction and other compulsive behavioral problems. Our proven integrative approach takes mind, body, and spirit into consideration, offering clients healing and hope. For information on our internationally acclaimed programs, call us today by dialing (800) 877-4520.
Previous PostProblem Drinking Is Still a Drinking ProblemNext PostThe Difference Between Overeating Compulsions and Binge Eating Disorders