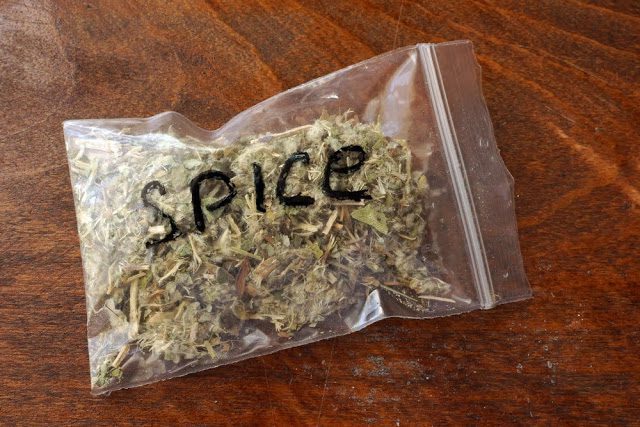 Type “spice marijuana” or “synthetic marijuana” into Google and be met with tales of horror. Spice, the street name for synthetic marijuana, is no longer a random occurrence happening in the small corners of the country. Routinely, reports of overdose outbreaks make local headlines. Unfortunately, spice has not become a matter of national news, leaving small towns around America suffering while dozens of citizens at a time overdose on the drug, inundating emergency rooms and first responders. Synthetic marijuana is an incredibly potent and dangerous drug, hyper stimulating the central nervous system into immediate shutdown. Chemically volatile like crystal meth and other synthetic substances, whatever chemical compounds spice manufacturers are using are not meant for human consumption. Instant overdose is being met by hundreds every single day. In other areas of the world like Great Britain, certain neighborhoods have seen overdoses in the 200’s, every day.
Synthetic marijuana is hardly comparable to the naturally occurring version of it’s namesake. Though both marijuana and synthetic marijuana share similar compounds of cannabinoids, there is virtually nothing else similar about the drug. Marijuana, for example, cannot cause overdose in normal usage amounts. An impossible to consume amount of marijuana would have to be consumed to cause any kind of overdose similar to what is caused by a single use of synthetic marijuana.
When synthetic marijuana does not cause overdose, it causes extreme sensations of euphoria and hallucination. Psychoactive, hallucinogenic, a stimulant, synthetic marijuana can have a range of physical and mental side effects. Synthetic marijuana addiction is dangerous and often not sustainable. Taking a serious toll on the body and the mind, life is often depleted rather quickly under synthetic marijuana addiction.

Side Effects Of Spice Addiction

In addition to the mental side effects of chemical dependency like cravings, symptoms of withdrawal, and obsessive thinking, spice addiction can produce severe side effects:
You can recovery from spice addiction. Don’t let spice be the end of your life. The time is now to call for help. Cottonwood Tucson offers addiction rehab and behavioral health treatment programs for spice addiction and co-occurring mental health disorders. With 20 years of experience and demonstrated excellence, we offer hope and healing. For information, call us today by dialing (888) 708-4784.
Previous PostHow Do I Manage My Anger?Next PostWhat Is Ativan?