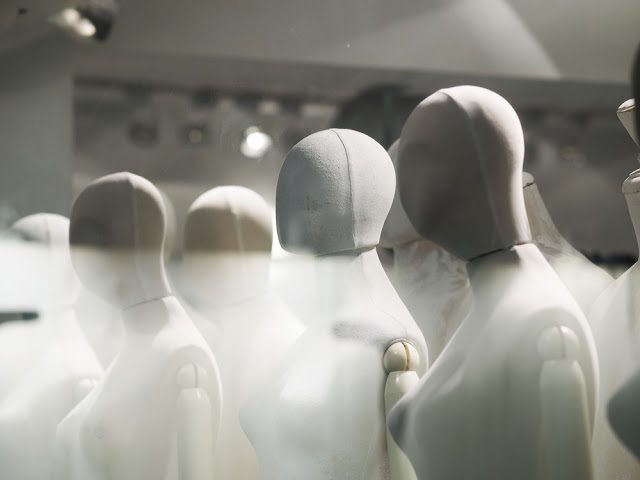 You’ve probably always noticed that mannequins you find in retail stores are odd, to say the least. These less than human representation of human forms have bizarre heads, if they have heads at all, and body types which seem quite unrealistic. Yet, mannequins are supposed to be the representations of how clothes are going to look on our bodies. Most people are able to discern the difference between a mannequin, which isn’t real, to their own body, which is real. Human bodies come in many different shapes and sizes which mannequins do only to a slight varying degree. Though mannequins seem harmless enough, a group of researchers found that the unrealistic ideal of body image mannequins put forward has an effect on a very specific group of people.

Published in Eating Disorders, the study surveyed mannequins throughout retail stores in some of Britain’s most fashionable areas. Average female mannequins had the measurements of a woman who would be considered severely underweight. Male mannequins were found to be much larger than female mannequins and very few male mannequins presented measurements of being underweight. The unrealistic body forms seemed to affect young people in their perceptions of body image and the development of eating disorders. Eating disorders among youth has been a growing problem in the UK, prompting many young people to take extreme action in order to find treatment.

Is The Study Blaming Mannequins For Eating Disorders?

Many factors contribute toward an eating disorder, however, there is nothing in particular to pinpoint any blame on for the development of an eating disorder. What the study reveals in its findings about the idealized body image of mannequins is that reinforcing unrealistic perceptions is harmful. When young people or anyone who might struggle with insecurity goes shopping for clothes, which is already a triggering experience, they are confronted with the extreme thinness and design of mannequins. Some mannequins are so small that sales clerks responsible for dressing the mannequins have to use pins on clothes of the smallest size in order to make the fit seem realistic. The thinness of mannequins isn’t the only problem. The bodies are often chiseled, abstract, and promote hard lines rather than soft curves. Looking at clothes on a mannequin than clothes on a human body draws an unfair comparison. To the disordered mind which struggles with disordered thinking about food and body image, the comparison can be damaging. Retail stores should opt for life-representative mannequins of all different shapes and sizes.
Cottonwood Tucson is recognized around the world for providing clinical excellence for co-occurring disorder treatment. Our residential treatment programs take an integrative approach to confronting eating disorders and co-occurring issues like mood disorders or substance use disorders. For information on our life changing programs, call us today at (888) 708-4784.
Previous PostThe Many Health Benefits Of Practicing Thai ChiNext PostThe Truth About At-Home Detox For Opioid Addiction