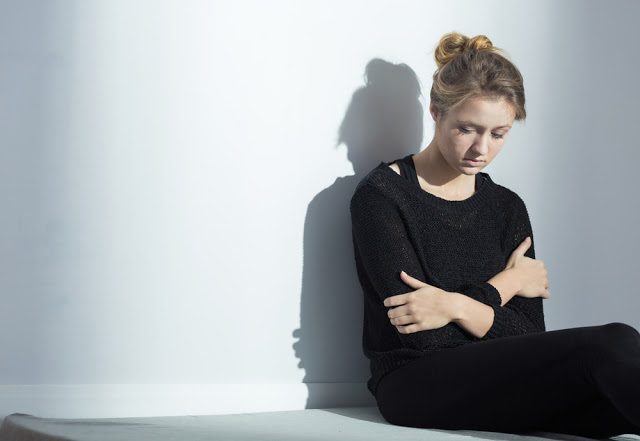 Netflix original movie To The Bone starring big names like Lily Collins and Keanu Reeves is in the middle of controversy and it hasn’t started streaming yet. The trailer was recently released which depicted the struggles of a young woman living with a severe eating disorder. She counts calories, exercises without eating, and compensates in unhealthy ways. We see her doctor, Keanu Reeves, tell her that he won’t treat her unless she wants to live. Even in the trailer we get a glimpse that she goes to treatment, however unwillingly, and even starts to make some progress. However, the short trailer has already sparked a wildfire of debates and whether or not the film is responsible to stream online. The network didn’t issue any kind of warning note with the trailer or before it for graphic depictions of eating disorder behaviors, which can be triggering for people in recovery.

Films that detail the experience of mental illness like eating disorders are tricky. On the one hand, it is vital that mainstream culture be informed about how devastating and real eating disorders can be. Instead of glossing over some of the well known symptoms, it is brave for filmmakers to take a go at creating a real life depiction. Seeing your real life struggles on screen, for those who are living with eating disorders, is also challenging. Many critics purport that the demonstrations on screen act more as “how-to” guides than advisory warnings or information. In many ways that is true. Filmmakers have to ask themselves if it is necessary and if it is helpful to graphically show the struggles of eating disorders and how they do so. On the other hand, there is something to be said for the power of recovery and learning to manage triggers. Such graphic representations may be a trigger to participate in eating disorder behaviors, but they can also be a reminder of where someone does not want to go in their lives. If someone is in treatment for an eating disorder, for example, the behaviors can be a lesson in the realness of relapse and how easy it is to struggle again.

Disordered eating behaviors are largely normalized in popular culture with a hyper focus on body image, weight, diets, and more. Living with triggers is part of living in recovery from any kind of mental health condition. Though it isn’t necessary to be exposed to triggers unnecessarily, it can also be helpful to face triggers and successfully walk through them, even with a level of discomfort.

It is best to watch movies which gain controversy for being triggering with a support network, sponsor, or therapist, or even in treatment. Discuss the triggers and the experience of discomfort with your counselor and treatment team before acting on any impulses.
Cottonwood Tucson offers residential treatment for men and women struggling with eating disorders. Our 35 acre campus in Arizona offers a healing desert retreat for healing mind, body, and spirit. For information, call us today: (888) 708-4784
Previous PostWhy Are Boundaries Important When Supporting a Loved One In Recovery From Addiction?Next PostWhat Is Self-Care and How Do I Do Self-Care?