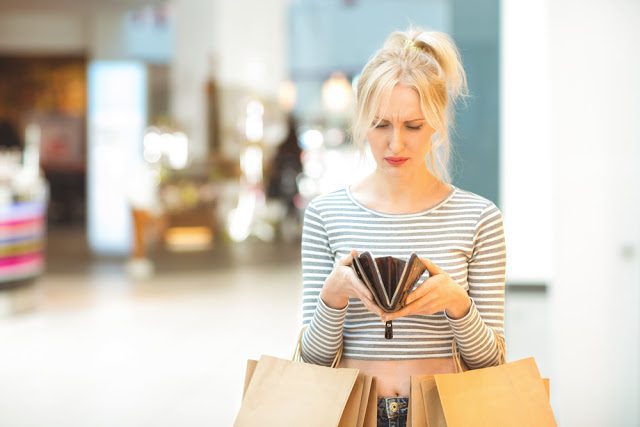 Spending addiction can tear a family apart and create long term financial complications. If you think you might be struggling with a spending addiction, here are the key signs.

Using spending to cope with emotions

Spending can create a similar rush of dopamine in the brain like drugs and alcohol do. Feeling a push of pleasure, euphoria, and reward, can replace negative feelings like anxiety, stress, depression, and others. People most often turn to spending because they create a pathway in their brain which is convincing of the reward spending brings. Rather than feel bad, spending makes someone feel good. Overtime, spending becomes the answer. Like most addictions, unfortunately, spending is not the answer. Spending sprees never actually fix the core problem, which leaves a spending addict feeling more crazed than they did in the beginning. As a result, the emotions become more negative and create more of a need to spend in order to cope with them.

Using spending to cope with negative emotions caused by spending

By the time the brain starts experiencing negative emotions after spending instead of positive emotions after spending it has become “addicted”. Though spending addiction is not a chemical addiction, it can have a similar effect in creating a feeling of dependency. It is not uncommon for someone who has developed a spending addiction to experience symptoms of withdrawal when they try to stop spending. Obsessive thinking, inability to sleep, craving spending, anxiety, depression, shaking, and sweating, are all common.

Lying about spending, money, and more

Coping with withdrawal symptoms is the challenge any addict faces in any addiction. Getting through the obsessive thinking and psychological discomfort is difficult, which is why many addicts relapse. Not wanting to fully admit the depth of the addiction, addicts will lie about their spending, how much they spend, how much money they do or don’t have, and more.
Previous PostWhy Is Treatment For Co-Occurring Disorders Important?Next PostWhy Is Cocaine So Addictive?