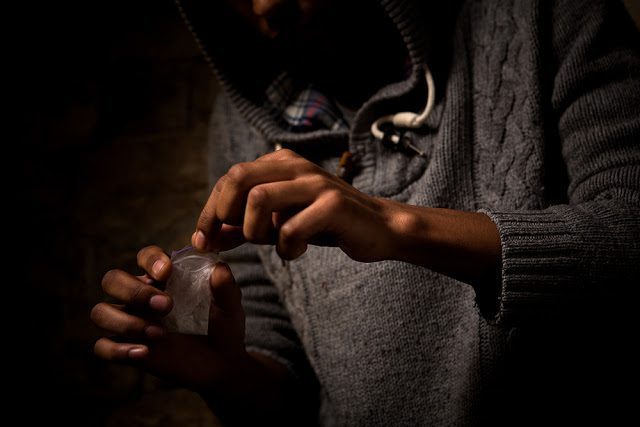 When drugs mutate in their purity and potency, they become a danger to an entire community. The last few years saw this trend rise with devastating results. Fentanyl, a synthetic opioid, was being found in benzodiazepines and other opioids purchased on the street. Causing a tragic spike in overdose, this mutation of other drugs became a global epidemic. Within a short amount of time, fentanyl began to change as well. Synthetic opioids took another form, becoming stronger and stronger until the original synthetic substance, considered to be 100 times more powerful than morphine, became 1,000 times more powerful than morphine. Eventually, fentanyl and other synthetic opioid analogues became a matter called Gray Death, a drug which combined all of the synthetic opioids together. An overdose on Gray Death could not be reversed by Narcan, the opioid reversal drug.

The latest drug to experience a mutation is cocaine. New reports by BBC describe a horrifying trend in cocaine description which more closely relates to other synthetic drugs. Flakka and Krokodil are two synthetic drugs which have gained headline attention with descriptions of nightmares. Krokodil, for example, has such a volatile chemical combination that it causes a flesh-eating response in users. Their skin turns to a crocodile-like texture and eats away until there is bare bone. According to the BBC reports, the cocaine reported across the UK is laced with a chemical substance used on farms. As a result, users are experiencing flesh-eating symptoms which are presenting symptoms similar to that of HIV, according to the article.

Levamisole is the name of the substance causing blood cells in the face to rupter and begin to rot away. Used on farms to deworm animals, drug dealers are mixing the substance into cocaine to cut their costs of production. “Around four in five of the UK’s cocaine market is said to use levamisole,” the article writes, “which can cause skin lesions and discoloration and rotting of the skin when blood cells rupture, particularly in the ears, nose and fingers.”
Keeping a watch on global drug trends is essential for preparedness, for when the next global drug crisis hits. Cottonwood Tucson is an internationally recognized residential treatment facility offering critically acclaimed integrative care for oc-occurring disorders. Call us today for information on our drug detox and treatment programs for cocaine addiction and co-occurring disorders. (888) 708-4784
Previous PostPutting a Stop to Sex AddictionNext PostIs Internet Addiction for Real?