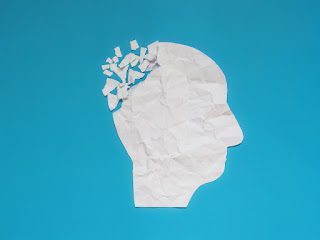 The human brain is a complex organ.  There are billions of neurons and neural pathways that process vast amounts of information on a daily basis.  We use our brains to think, feel, see, create, dream, and to process our physical movements.  The brain can also be affected by substance use.  Addiction has been defined as a brain disease where individuals compulsively engage in drug-seeking behavior despite negative consequences.

Addictive use of substances, including alcohol and prescription medications, affects our brains.  A person can experience lapses in memory, mood changes, and emotional turmoil when addicted to a substance.  Continued drug use alters how our brains function and these changes in function can last years even after an individual has stopped using the substance.  An addicted brain adapts to neural changes created by the substance.  Our brain circuits make new memory connections, which strengthen with continued drug use.

There is evidence to suggest that our brains are actually kidnapped by the substances used.  This can create the compulsion to actively seek and use the drug.  The addicted brain does not become addicted the first time a drug or alcohol is used.  Addiction occurs progressively over time and with continued use.

Once the addict develops cravings and physically needs to take the drug, several mechanisms are at play within the brain.  The prefrontal cortex is the part of the brain that monitors our thoughts, behaviors, and emotional functioning.  When an addict does not drink or ingest the substance of choice, the prefrontal cortex reacts and in the same way as it would when we are under stress.  The brain learns association between the ingestion of the substance and the reaction to stress, which creates negative emotions.  These associations can be thought of as cravings.  If you purchased your drug of choice at a local hotel, whenever you see that hotel, your brain makes the connection to the drug and you begin to want the substance.  During this association, the brain is releasing neurotransmitters, which are chemicals present in all brains.

One neurotransmitter, dopamine, is released through this process of association.  Dopamine plays a role in “reward-motivated behavior.”  If an addict has been rewarded by drug or alcohol use, dopamine is increased in the brain.  Many addicts show an increase in dopamine activity.  Any abused substance, can create a powerful increase of dopamine in the brain.  This increase in dopamine activity and the need for the addict to participate in drug use, can help us understand how addiction can be viewed as a brain disorder.
Cottonwood Tucson is a leading provider of co-occurring disorder treatment. Internationally recognized and critically acclaimed, our integrative approach to treatment provides unparalleled healing in mind, body, and spirit.
Call us today for more information: (888) 708-4784
Previous PostIs Alcoholism a Mental Health Condition?Next PostIs It Normal to Experience Anxiety and Depression in Early Recovery?