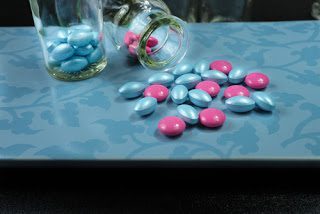 A designer drug is simply a synthetic drug created in a laboratory or in a person’s home.  These drugs are created with regular household substances and made with tools and equipment that you might find in someone’s home.  Methamphetamines are a common designer drug and the image of a meth lab is quite popular when one thinks of methamphetamines.  Other examples of designer drugs include bath salts, MDMA or ecstasy, “spice”, and synthetic hallucinogens.

The frightening thing about designer drugs is they are manufactured to resemble illicit drugs, at least chemically.  All types of household chemicals are used to make these drugs, which are often more potent than illegal substances.  Bath salts and spice are made to match the effects of cocaine and marijuana but those who take these substances can have seizures, hallucinations, organ damage, and loss of consciousness.  Designer drugs can affect the brain in the same way that other drugs do.  Neurotransmitters such as dopamine, serotonin, and norepinephrine act as transports to produce the psychoactive effects often seen with cocaine and marijuana.  Research needs to explore in greater depth the effects of these designer drugs and their exact mechanisms to fully understand their effect on the brain.

Another frightening component of designer drugs is what people use to make them.  Rat poison, bleach, and other household chemicals are added to an existing plant based drug such as cocaine or marijuana.  In addition, laws have not been developed yet that would regulate or ban their use.  Availability is also a scary topic.  These designer drugs are available at parties, raves, or in schoolyards.  Children and young adults are at a high risk of experimenting with these drugs mainly due to their effects.

Detox may be necessary for some designer drug addicts due to the toxicity of the chemicals used to make designer drugs.  Treatment for designer drugs would include the same interventions as seen with other drugs including 12-step meetings, psychological counseling, group therapy, family intervention, and relapse prevention and education.

Cottonwood Tucson is an internationally renown residential treatment center providing critically acclaimed treatment for co-occurring disorders. Call us today for information on our integrative approach to treatment for healing mind, body, and spirit: CALL (800) 877-4520
Previous PostAre You In a Manic Episode?Next PostWhat Tools Can You Gain From Couple’s Therapy?