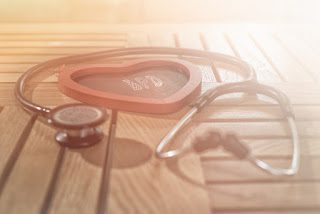 Defining co-occurring disorders requires the assessment of a mental health professional.  One reason for this professional intervention is to determine the severity of the disorders.  There are degrees of impairment such as chronic, acute, and level of severity.  Most people with a co-occurring disorder experience severe and chronic social, medical, and psychological issues.

A person who has a co-occurring disorder is at a higher risk of relapse for psychological problems; however, relapse in substance use also creates a greater risk of relapse in psychological functioning.  Due to this combination of disorders and each presenting with varying degrees of severity, relapse prevention is commonly used as a treatment goal.

Treatment for co-occurring disorders is integrative.  Integrated treatment involves the therapist working on both disorders simultaneously, as opposed to treating each disorder separately.  The reason for treating both disorders has to do with symptom management.  A person recovering from a substance-use disorder may start to feel overwhelmed with anxiety, which could increase the risk of relapse.  Conversely, if a person is overwhelmed with depression, they may start to use medications or other illicit substances to combat the depression.  With a co-occurring disorders, both disorders are addressed and the individual will have the tools to cope with both substance-use recovery and psychological distress.

It is important for the individual to be treated by the same mental health professional.  This professional can address both disorders, instilling hope, teaching life skills, and providing support in order to manage both disorders.  Treatment through separate professionals may create confusion, as each therapist might use different therapeutic approaches.  An individual who is recovering from a substance-use disorder and a mental health disorder already has a great deal on their plate.  The individual is learning to adapt to life without substances and at the same time, dealing with psychological issues such as depression or anxiety.

Cottonwood Tucson has received international recognition and critical acclaim for its integrative approach to the treatment of co-occurring disorders. Call us today for information on our recommended residential treatment programs and full continuum of care:
(800) 877-4520
Previous Post10 Reasons People Develop Body Image IssuesNext PostAre There Complications with Drinking on Prescription Medications?