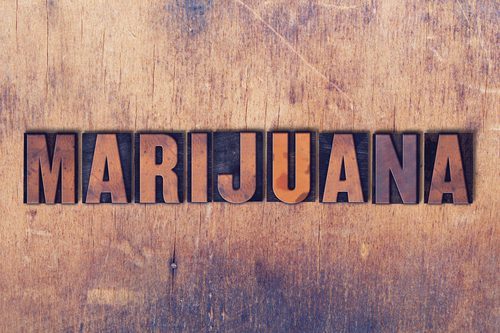 Many individuals overeat on occasion; Thanksgiving dinners or special occasions may have us eat more than we want.  If you overeat on occasion, this does not mean you have binge eating disorder.  When individuals with binge eating disorder overeat, they do so because of negative feelings of stress or anxiety and feel a lack of control over their eating and do not know how to stop.
Binge eating disorder is the most common eating disorder and is more common in women than men.  The age of onset for women is early adulthood, and midlife for men.  Not all individuals with binge eating disorder are overweight, in fact, only two in three people are overweight.
There is a connection between binge eating and the use of marijuana.  The active ingredient in marijuana, THC or tetrahydrocannabinol, does stimulate appetite and most of us have heard about getting the munchies when marijuana is smoked.  The opposite may be true, as not all who smoke marijuana experience an increase in hunger.  What is the relationship then to binge eating disorder and the use of marijuana?  Many researchers are trying to understand this relationship and why marijuana drives overeating.
One study found that THC in the brain increases our smell and taste sensors.  We may smell food and taste food more pleasurably after smoking marijuana.  If a food tastes better, the individual may be prone to eating more.  Another study found that the chemicals in marijuana might stimulate neurons that can signal overeating.  These neurons “turn on” when marijuana is used, when under normal circumstances, these neurons would not be activated.  Marijuana apparently switches the brain’s wiring systems and can send strong messages of hunger.  This can happen when an individual is not experiencing hunger or maybe just ate a large meal.
Can using marijuana lead to binge eating disorder?  The answer is no and actually the opposite might be true.  Research shows that there may be a connection between overeating and binge eating with the onset of marijuana use especially in young adults.  This connection is not absolute; however, the researchers argue that binge eating can lead to an increase in symptoms of depression or obesity, which may result in low self-esteem and the onset of mental health disorders.  The occurrence of these symptoms can be associated with substance use and abuse in young adults.  If the individual increases the amount of marijuana used, there is a greater likelihood of overeating and an increase in health problems.
Binge eating disorder is a serious problem and many individuals can become quite good at hiding their binge eating from others.  If there is a co-occurring substance use disorder, it is important that you get treatment for both disorders at the same time.  Cottonwood Tucson can help you with treatment for both disorders and is just a phone call away.  800-877-4520.  Help is available when you are ready.
Previous PostHow Should the Term Addiction Be Used?Next PostMindfulness Therapy for Depression