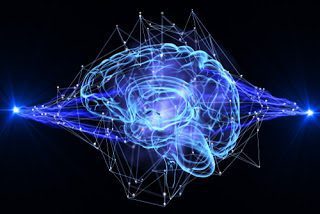 Nearly half of the individuals with an eating disorder have a co-occurring substance abuse issue.  One reason for these co-occurring disorders has to do with impulsivity.  If a person has bulimia or a binge-eating disorder, they may struggle with urges to control their binge-eating behavior.  People with bulimia can consume thousands of calories in one sitting even though their minds know they should not be doing so.  This lack of control can initiate drug abuse, as they feel the same need to use and abuse substances for which their mind has little control.

The lack of impulsive control leads to poor choices, which can lead to these co-occurring disorders.  There are similarities in the history of those with an eating disorder and a substance-use disorder.  Many have experienced sexual and emotional abuse or the death of a loved one.  One other similarity is the experience of sudden life transitions.  Individuals with poor coping skills may reach out to food and substances to provide temporary relief of emotional pain.  The effects of both disorders do provide relief albeit at the expense of additional problems down the road.

Some individuals will seek substances to relieve the pain from the eating disorder.  Methamphetamines can reduce hunger, which allows for individuals with anorexia to restrict food intake without feeling hungry.  Marijuana can help someone alleviate feelings of stress and anxiety.  In addition, alcohol can make self-induced purging easier for some.

When both disorders are left untreated, they actually strengthen each other to the point of feeling extremely overwhelmed and out of control with life.  For anyone who has an eating disorder and a substance-use disorder, there is help available.  At Cottonwood Tucson, both disorders can be treated at the same time allowing the individual to heal and begin a path of recovery.  Please call today: 800-877-4520.
Previous PostHow Do Addicts Recovery from Financial ProblemsNext PostAre Drug Addicts Simply Impulsive?