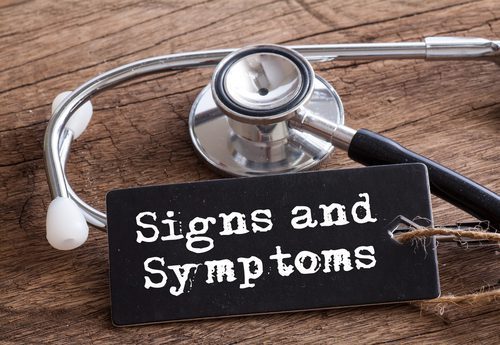 What are the Symptoms of Co-Occurring Disorders

What are the primary symptoms of co-occurring disorders?  The answer to this question varies based on the specific substance-use disorder and the specific mental health disorder that occur together.  First, the reason why these two disorders occur together is not entirely know.  There are theories that support causes; however, with any disorder, it can be challenging to know with any degree of certainty, why they occur.

Substance-use disorders present with such symptoms as repeated use of a substance despite negative consequences, inability to control the use of the drug or alcohol, tolerance, onset of withdrawal when the individual stops taking the drug or stops drinking, cravings, and significant impairment in social, emotional, and vocational functioning.  These symptoms are pointedly different than symptoms of another co-occurring mental health disorder.  This is one of the reasons why co-occurring disorders are challenging to diagnose.

There are four common mental health disorders that are frequently diagnosed with substance-use disorders.  These include Bipolar I Disorder, Bipolar II Disorder, Schizophrenia, and Major Depression and each will have corresponding symptoms usually seen with the specific disorder.  Individuals with Bipolar I and II Disorders will exhibit mania, depression, appetite and sleep changes, feelings of worthlessness, and sadness.  Individuals with symptoms of schizophrenia will experience delusional patterns of thought, disorganized speech, flat affect, and problems with memory function.  Major depressive symptoms include feelings of worthlessness, sadness, difficulty sleeping or sleeping too much, weight loss, and difficulty enjoying activities that were once pleasurable.

If you think you might have a co-occurring disorder, contact Cottonwood Tucson today (888) 708-4784.  Whether you experience symptoms of a substance use disorder or a mental health disorder, we can help.  Treatment begins with a phone call. Don’t put it off any longer.
Previous PostEnding a Relationship in RecoveryNext PostSex Addiction